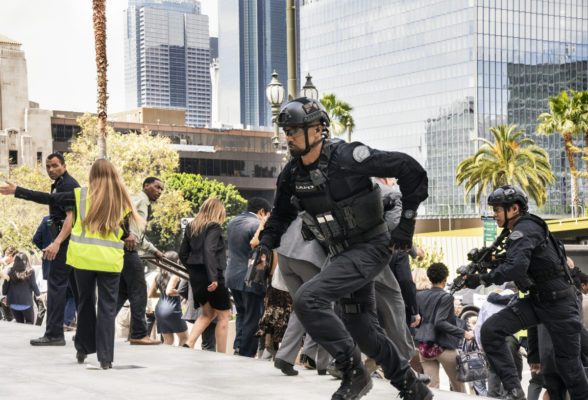 Bad guys in Los Angeles won’t be getting a break during the 2019-20 season. CBS has renewed the SWAT TV show for a third season.

Airing on Thursday nights, the second season of SWAT is averaging a 0.78 rating in the 18-49 demographic and 5.29 million viewers. Compared to season one, it is down by 17% and 10%, respectively.

Giving the fans what they want. Another season of #SWAT. pic.twitter.com/BnI3ZUB9Yp

What do you think? Do you enjoy the SWAT TV show? Will you be watching season three of this CBS drama series?

Thrilled that the show has been renewed. I never miss an episode. Well written and played out. Kudos to all.

Love this show. I watch it every week and on, On Demand.

We ran into the same problem. Creating Chris as a confused person who has to teach all of us to accept those who are not into male female relationships. It is continually in our face every week. No thanks. Let the show get cancelled.

Super excited to watch Swat. I love this show.

Yes, I am ready for season 3! I love all the characters in this series!

Love the show! Never and it please!!!