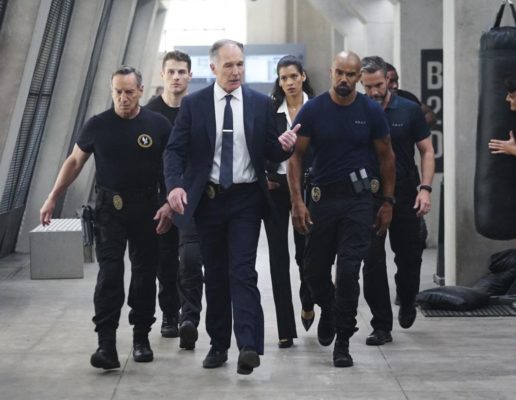 Get ready for more Commander Hicks. Deadline reports Patrick St. Esprit has been promoted to series regular for season two of SWAT.

CBS has yet to announce a premiere date for season two of SWAT, but it is expected to debut this fall.

What do you think? Have you seen SWAT? Will you watch season two?

I watch SWAT in the UK through Now TV, I love the program. I also loved the original from the 70’s which managed to get a re run in the UK some years back. The new SWAT has strong scripts, good characters with backstories and you feel a sense of values to overall story line. The theme tune is also great to hear recreated from the 70’s, its uplifting has purpose and added to the interest of the show. Producers and the companies that fund the shows should consider just how big a market they have outside of the US… Read more »

Yay! Great decision to keep the action coming with S.W.A.T. Kudos to CBS for recognizing a terrifc show when it sees one.

Can”t wait for season 2 to start

Swat is a great show

SWAT is one of the most action packed shows I have ever seen. Please, CBS, do not cancel it.

I love SWAT snd Shemar is my favorite actor on the show. I never miss an episode. I love how the writers show the affection of SWAT toward each other. Without a doubt this is the best show on TV. The show always leaves me with a good feeling. I am so glad it was renewed!!!

I love Swat, I will keep watching as long as it is on the air, I have told everyone I know to watch also

I love swat. I just hope it last longer than 4 seasons. It’s seems all the good shows get cancelled.

Glad to hear St Esprit gets to carry over to Season two, especially if the writers keep showing him making poor tactical decisions that undermine SWAT. Then possibly Jay Harrington can leap frog into his position after being past over on his SWAF command promotion. Way to spice things up.

SWAT is one of the best action-packed shows I have seen in a long time. So Glad it will be coming back.