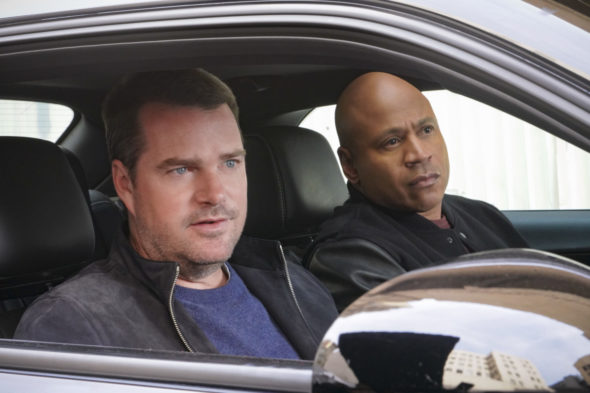 Come Dance with Me is coming to CBS. The network has ordered a new family dance competition series which will be executive produced by NCIS: Los Angeles‘ LL Cool J and Chris O’Donnell and produced by CBS Television Studios and 3 Ball Productions.

CBS revealed more about this new competition series in a press release.

In the series, exceptionally talented young dancers from across the country will invite one inspirational, and untrained, family member or other adult who has supported their dance dreams, to become their dance partner for a chance to strut their stuff for a grand prize. Each week, these aspiring kids will share their love of dance with their mother, father, grandparent or other hero on an uplifting and emotional journey to learn and perform challenging routines, with the assistance of professional choreographers, in a competition with other duos.

“We believe this concept is fun for the whole family, especially given the number of children we both have,” said executive producers LL COOL J and Chris O’Donnell. “We reminisced about our kids’ dance lessons and how it would look if they had to teach us how to dance. What we noticed was, aside from the two-left-feet element, like most parents, no one wants to let their kids down. The show is about being creative, having a good time and bringing families together through dance. It’s a fun show with a big heart!”

“It’s inspiring to see the positive connection that exists between adults and children play out through dance,” added 3 Ball executive producer Reinout Oerlemans. “Shepherding this show has been a labor of love, and the fact that it comes to CBS at a time when families are hungry for fun, uplifting entertainment is especially gratifying.”

What do you think? Will you check out the Come Dance with Me TV show on CBS when it eventually airs? Are you a fan of dancing series?

Love dance shows and would definitely check it out. Suggest getting Tom B to host it. Can’t go wrong with Tom B.

I will definitely be watching. I love watching children dance and especially with a parent or family member. It sounds like a great show.

I’m a dancer myself and a big fan of dance shows, and I’d definitely check out “Come dance with me” when released.