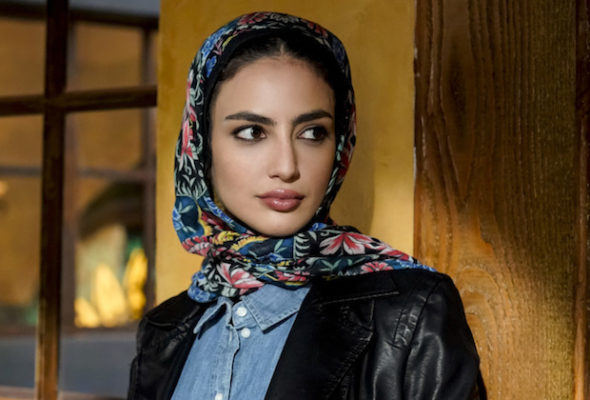 Per Deadline, Rahimi’s character on the CBS series is “an all-American LA native from the 90210 who is a Middle East specialist and a kickass cryptological technician who proves to be an invaluable asset to the NCIS: LA team.”

She has appeared on nine episodes of the series. R. Scott Gemmill, executive producer of the series, said that they were ‘thrilled’ to have her join the cast as a series regular.

NCIS: Los Angeles is currently on a short hiatus. Season 11 of the series has averaged 6.293 million viewers each Sunday night.

What do you think? Are you a fan of this drama on CBS? Will you enjoy seeing more of Medalion Rahimi on NCIS: Los Angeles?

Why she wearing a scarf. She’s beautiful with the scarf. Take it off. She good actress. Put TAke that scarf off her head. It’s better off

I agree, keep the original cast and get rid of the new members. They add nothing to the show, fact is they take away from the original actors.

No, I really don’t. She is not at all believable. Let her go.

I just like the famous four!!!! I don’t need anymore actors. I love the show just like it was before her.

I’m the biggest fan for Ncis Los Angeles I’m sad all ready that i have to wait until January 5 th 2021 to see the last 3 episode of season 11 and season 12 I been watching the show on Friday’s and Sunday’s every week for long time I still love the show and would like to see more Deeks and Kensi in the future hope to watch it long time don’t cancel the show it my Favorite.

No I don’t like her on the show she does not fit in and she’s been taking diets place. Just awful

I love this ncis series the best

Each NCIS is different from the others. I can’t say I like NCIS new Orleans.

No I am not a fan of het

I love this show but I want more of Hetty! Kenzie and Dereks ❤️❤️❤️❤️❤️❤️

Love the show & cast. My favorite. Will continue to watch,but wish hetty could still be on but do understand her feelings.

They have been gone far too long! This has become my favorite NCIS ever since Ziva left the original. Am worried that with all the moving of the time slots of NCIS LA, football etc, that they will end series because viewship may fall off. Already disgusted with CBS for ending Madame Secretary. I think Medallion Rahimi will be a great addition.

Is football really so important that it causes other shows to be canceled for them.

Love the series and all the cast including Rahimi! Would also love to see more of Hetty!!

She works in Ops. Does this mean Nell/Eric or both are leaving?

I like the series but feel the addition of Rahimi is a forced fit. I will still watch the series but agree with a previous comment that we need to see more of Heddy.

I think the reason we don’t see more of Hetty is that after her real life alter go Linda Hunt was in an accident her recovery took longer than expected. She’s 74 years old and the comination of the accident and her age lead me to believe that she’s probably wanting to slow down her work hours to part-time rather than a 50 or 60 hour work week required by a TV drama.

I agree. Her character feels forced. I find her a bit boring. Honestly, I have lost interest in the show and haven’t watched it in several weeks. I am kinda mad they took Ana away, and also the other girl who was killed when looking for the little boy in Mexico (forgot her name). Those two were great!!