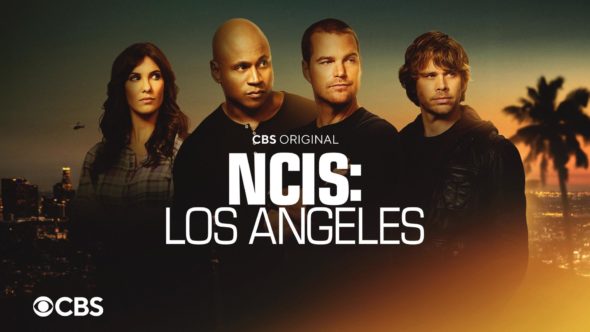 Though the ratings aren’t what they used to be, NCIS: Los Angeles has remained a popular TV show on CBS. But, when is it time to quit? Are 12 seasons enough or, should this show keep going and going, like the original NCIS series? Will NCIS: Los Angeles be cancelled or renewed for season 13? Stay tuned.  *Status Update Below.

What do you think? Do you like the NCIS: Los Angeles TV series on CBS? Should it be cancelled or renewed for a 13th season?

The addition of the Admiral has taken the show down a notch in my opinion.

Glad got renewed another season look forward seeing it fall season so good enjoy it and love it.

Fed up all l can get in UK are repeats of the earlier series. Later ones are on sky. If you want higher ratings you’ll have have to do something about it otherwise the whole voting thing is useless
Tell me how to get it in the uk. Will anyone read this?

The ratings, above are for the US only.

Please renew NCIS LA, it my favorite action show, I love all the characters. I miss Hetty

Nice to see the ratings hanging on. (I really miss Hetty)

Bring back “Deputy”, I love that show!

Good start to Season 12. Just don’t blow it all in the 2nd episode like in Season 11.

Thomasdeangelis
Reply to  The Ultimate Fangirl

Good start of the season premiere so good I can’t see what happen to shows during coronavirus pandemic season hopefully get full season. NCIS New Orleans worst premiere ever I hate it.