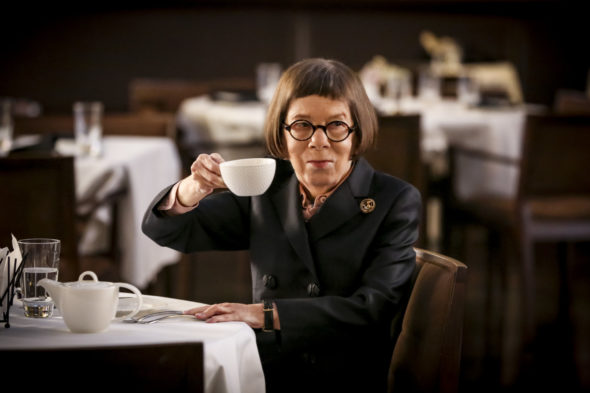 Will Hetty keep the team going in the 11th season of the NCIS: Los Angeles TV show on CBS? As we all know, the Nielsen ratings typically play a big role in determining whether a TV show like NCIS: Los Angeles is cancelled or renewed for season 12. Unfortunately, most of us do not live in Nielsen households. Because many viewers feel frustration when their viewing habits and opinions aren’t considered, we invite you to rate all of the 11th season episodes of NCIS: Los Angeles here. *Status update below.

What do you think? Which season 11 episodes of the NCIS: Los Angeles TV series do you rate as wonderful, terrible, or somewhere between? Do you think that NCIS: Los Angeles on CBS should be cancelled or renewed for a 12th season? Don’t forget to vote, and share your thoughts, below.

I am really not surprised to see the last few episodes so lowly ranked.
#NoHettyNoHighRankings

Wonderful show in its attention to detail. I love seeing the couples work together. Densi is my fav & like when Kensi gets sassy!! Her response when Deeks revealed his stage name was PRICELESS.

Love the show!!! Bingeing during covid And wish I had watched long before now.

I started to look NCIS, but when Cote De Pablo left the Season, I switched over to NCIS LA. What should I say – NCIS LA is much better than the original. I love it and wish it will never end. Daniela Rua as Kelsi is Dynamite !!

Meh finale. Season 12 is gonna have to pull off a huge miracle to even attempt to reclaim the greatness of the earlier seasons.

For this show to go as low to 88 on this chart is not good at all. This show is a great show with great actors playing their part very well , love it and hope it gets back in the higher in the charts again were it belongs .

There are so few sb o as on that don’t circle around low life morals or morality, that it would be a crying shame to cancel a show like NCIS L.A OR NCIS. GIVE THE Public a. break. Anything good you put the Wabash on. Like G-d Friended Me.

I have been a fan of NCIS LA fo a long long time; but tonight episode S11E20 was so terrible I had to turn it off after about 10 minutes. I mean, who wants to know about some woman expressing her milk, why is the main actor so worried about other people not being interested in his romantic affair, and yet another main actor talking giberish about his big toe. If this is the best they can do – do not renew; I bet i will not be the only person not watching from now on. How can this show… Read more »

It’ll be renewed whether you want it to or not. (do you know NOTHING about ratings?!) plus, judging a show by one episode is a poor choice

Erik needs Nell
He’s falling apart
And what’s with all the NCIS shows having these silly get togethers at the end now . Kind of maudlin
And please please let Anna turn out OK as she and Callin could use each other

Please bring the cast back in 2021. Love the show and cast. It’s one of the best shows on Sunday nights too. I wish they could find a way to bring back Andreabordeaux – Haley Hidoko. She was great and us fans loved her. You have been able to find others, please bring her back.

My God daughter and I have made watching this show a weekly event. We hope it stays on in 2021.
We understand why Hetty and others could not be on. After all people need a break to heal or do something different.

Want hetty to improve enough to be a regular again