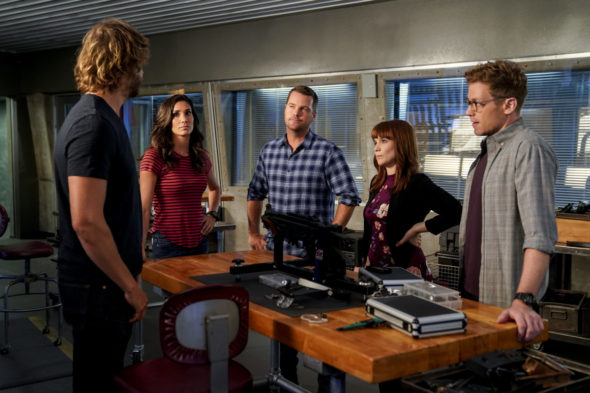 Are Callan and Hanna still a well-oiled team in the ninth season of the NCIS: Los Angeles TV show on CBS? As we all know, the Nielsen ratings typically play a big role in determining whether a TV show like NCIS: Los Angeles is cancelled or renewed for season 10. Unfortunately, most of us do not live in Nielsen households. Because many viewers feel frustration when their viewing habits and opinions aren’t considered, we’d like to offer you the chance to rate all the NCIS: Los Angeles season nine episodes here.

What do you think? Which season nine episodes of the NCIS: Los Angeles TV series do you rate as wonderful, terrible, or somewhere between? Should CBS cancel or renew NCIS: Los Angeles for a 10th season? Don’t forget to vote, and share your thoughts, below.

Get rid of Mosely keep Hetty and all others

Love the Show …when is it ending ?

love the show…why ? Humanity ! Actors great …do not like the new “Boss” woman…like Hetty …Last show left everyone hanging about the fate of Linda Hunt etc…
Are there re-runs this Summer? When does the new Seasn start ?ief

Yes renew the show! Get rid of Mosley.