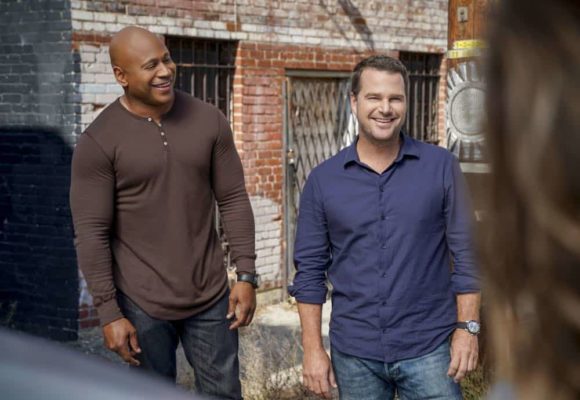 NCIS: New Orleans isn’t the only show getting a renewal. CBS just announced they’ve picked up NCIS: Los Angeles for an 11th season.

What do you think? Do you watch NCIS: Los Angeles? Are you happy it’s coming back?

Love this show, one of the best!They need to keep the cast, they work so well together. Love Hetty

Love the show i watch it every Friday and sunday

NCIS Los Angeles is my favorite show & I LOVE Hetty so please do not write her out. The show isn’t the same without her, Callen, Sam, Kendrick, Deeks, Eric and Nell. I will admit the new Assistant Director is a little too much but the show is great.
Please do not cancel.

These shows about supernatural, witches, ghost, zombies, creatures from beyond do not appeals to the older generation that’s retired and can watch TV all day & most of the night if we choose.

Not watching anymore, this show has become way to silly for me!!!!!! It has become more of a comedy. Deleted recordings!!!!

Yes Yes. Thanks I’m soooohappy all got renewed

I am glad it is coming back, hopefully with all the same characters.