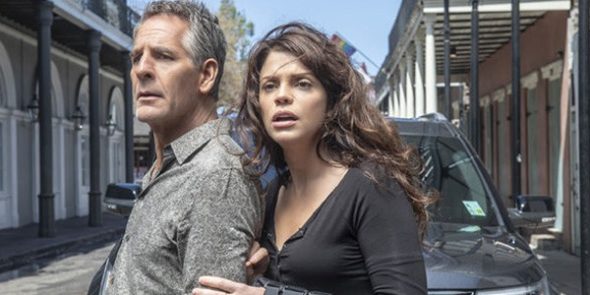 CBS is headed back to The Big Easy. The network just announced they’ve renewed NCIS: New Orleans for a sixth season.

The original NCIS has been a huge success for CBS and the New Orleans spinoff is no different. So far, the show’s fifth season is averaging a .81 rating in the 18-49 demo and 7.383 million viewers.

What do you think? Do you watch NCIS: New Orleans? Are you glad it’s been renewed?

we love ncis all of them.

Renewed is great. All the NCIS shows are great watching and should be carried for years to come.

I like the show but I think they should get rid of the female who was an FBI agent. She can’t act she’s there for low cut tops.

My last DVR recording of ncis New Orleans is season 6 episode 11. Is the season still going? Or did I just mess up my DVR. I really like the show. I’m just looking for answers?

same Thing happened to me and have been trying to figure out if it was canceled? Or when is next episode? I see no one answered . ???