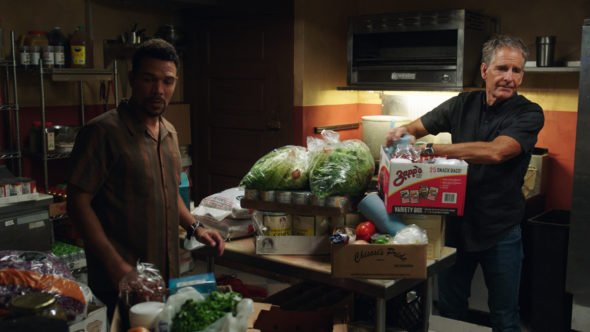 What do you think? Which season seven episodes of the NCIS: New Orleans TV series do you rate as wonderful, terrible, or somewhere between? Do you think that NCIS: New Orleans should be cancelled or renewed for an eighth season on CBS? Don’t forget to vote, and share your thoughts, below.

*2/18/21 update: NCIS: New Orleans has been cancelled by CBS so there won’t be an eighth season.

I have seen every episode of NCIS New Orleans. I love this show especially with the current cast. We don’t want a NCIS Hawaii 50. If you would have left it on Tuesday and not put it on Sunday after the NFL games it would be a different story . Had a hard time trying to find it when it was on. This is one of the best shows on TV. It is well acted, fun and not in LA or Washington. It’s a fun and interesting place. If I could not watch it I always recorded it. I love… Read more »

Apparently, there’s going to be a NOLA crossover with the new NCIS Hawai’i.
What are they thinking at CBS?
Should’ve cancelled the boring Jubal in FBI, it’s the same screenplay every week and it’s painfully tiresome enduring the same dialog.
FBI – Night on Tuesdays – no thank you.

Keeping the pervert Michael (Weinstein) Weatherley in Bull, which should’ve been scrapped too.
Is it no wonder many stars and backroom staff have left since its inception?

Rethink it. You have to bring it back!!!

Please renew this show for next season. I enjoy watching it. The cast is great!

Really going to miss NCIS New Orleans. Great cast and show. Would be nice to see it come back………..

Renew NCIS New Orleans for the next season.

I am heart broken and angered beyond words that anyone thinks that canceling NCIS New Orleans is a good idea or that it should be canceled!!! I love all of the actors, characters and stories!!! THIS SHOW AND EVERYONE IN IT IS ABSOLUTELY BEYOND AMAZING, WONDERFUL AND FABULOUS!!!!! PLEASE, PLEASE, PLEASE DON’T CANCEL NCIS NEW ORLEANS!!!!! WE LOVE NCIS NEW ORLEANS!!! And we are honestly tired of loosing our favorite shows! Our shows are really the only “leisure” activities that we are able to have anymore between raising special needs kids, being a lower income family, and having too many… Read more »

I am sad to see that NCIS New Orleans was cancelled, but unfortunately when it became the “Duane Pride” show instead of concentrating more on NCIS, it definitely lost interest for me.

I agree with you Marvin, especially that CBS should have cancelled NCISLA. NCISNO IS THE BEST CBS!!!!

I am deeply saddened that you are taking this show off the air! If any NCIS SHOW SHOULD GO IT SHOULD BR THE ORIGINAL NCIS Because it is obvious Mark Harmon doesn’t care for the show anymore but NCIS New Orleans is very interesting Scott Bakula is great in the show so is all the other characters I don’t understand why that one’s being taken off it should be left on the air and takeoff the original NCIS is getting stale and old keep NCIS New Orleans on and takeoff the other one thank you.

I actually enjoy NCIS New Orleans. I know they have had lots of characters leave the series, but I still think it’s one of the best shows on TV.