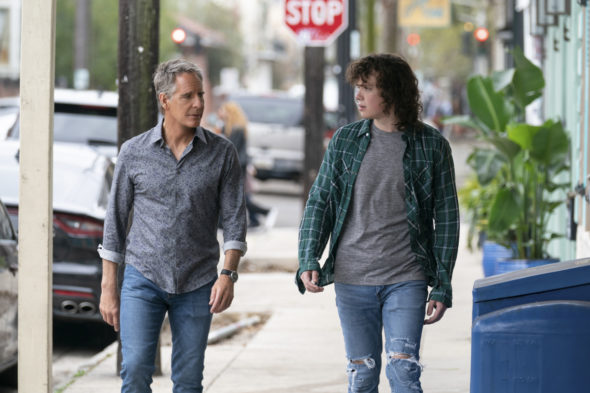 NCIS: New Orleans has been cancelled by CBS after seven seasons, and star Scott Bakula recently spoke about finishing the series and leaving New Orleans behind.

The cast and crew were not expecting CBS to cancel the show and were informed in February, as they were filming episode 13.  “It was painful,” said executive producer Jan Nash, “but it was a blessing to have enough time to make adjustments and a finale that feels very true to New Orleans.”

Bakula said the following about the finale of NCIS: New Orleans and filming it during the pandemic, per TV Insider:

“The last episode of a seven-year series has all kinds of light shining on it. People gave speeches, bumped elbows. They had their masks on. It was bittersweet: We shot 16 episodes and are proud of the season, but it was goodbye — and from a distance.”

What do you think? Are you a fan of NCIS: New Orleans? Are you planning to watch the finale on CBS later this month?

BRING IT BACK AND CANCEL NCIS HAWAII, ETC!! NCIS New Orleans is/was the ONLY one worth watching!!

I just don’t understand why you would end it like that…does Sasha make it who was following her and also does his son take the news well. You should have at least closed all chapters and with the new couple and carter deciding to stay. Ugh!!!!!

Diversity respect for the handicapped women in charge music charm and elder respect reality of the times.. so why??? You cancelled the best and left the corny rest someday it was the crooked cop repo side that had it cancelled.. WE WANT IT BACK!!

So disappointed NCIS New Orleans has been cancelled . It was definitely our favorite.

I am very disappointed that NCIS New Orleans is canceled! I really liked the locations and characters.

I liked ncis new Orleans better than HI one. Won’t be watching

Dropping this one for the Hawaii one was a big mistake!

Worst thing you ever did. Besides the original NCSI this was the best. Leaving it with no ending. Bring it back.

My husband and l are so disappointed to know the New Orleans series has ended. If any of the NISs needed to end it should have been the Los Angelos episodes

I am so upset CBS cancelled New Orleans. It was one of my favorites. I so looked forward to each episode every week. I loved this series. Personally you should cancel one of those FBI series and bring NCIS NO back….

I thoroughly enjoyed the show and they always kept everyone on the edge of their seats, I hope the entire cast works together on another show

This was the only one I do watch, lost interest in the others and definitely won’t even bother to watch the new one with all the negative reviews…only 1 show left on CBS and then they will loose me altogether, with some of the best writers you couldn’t manage to keep it

Please renew. I’m watching reruns because I don’t want to see it go. Please bring back.