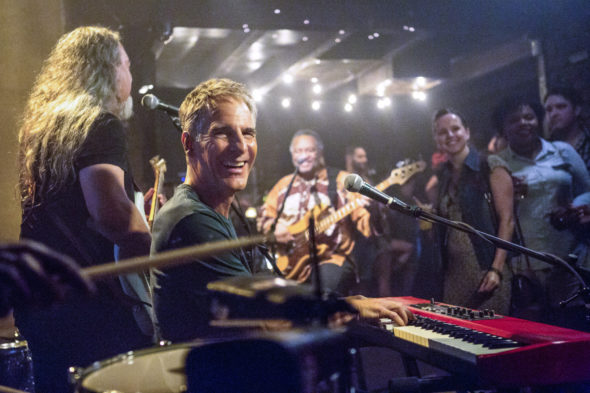 How well do Pride and his team work their cases in the fourth season of the NCIS: New Orleans TV show on CBS? As we all know, the Nielsen ratings typically play a big role in determining whether a TV show like NCIS: New Orleans is cancelled or renewed for season five. Unfortunately, most of us do not live in Nielsen households. Because many viewers feel frustrated that their viewing habits and opinions aren’t considered, we’d like to offer you the chance to rate all the season four season episodes of NCIS: New Orleans for us here.

What do you think? Which season four episodes of the NCIS: New Orleans TV series do you rate as wonderful, terrible, or somewhere between? Should CBS cancel or renew NCIS: New Orleans  for a fifth season? Don’t forget to vote, and share your thoughts, below.

NCIS New Orleans is one of the few shows that I will gladly watch re-runs just to see the show. I love New Orleans and crime dramas—–and all the NCIS shows—–and this is my favorite.

I’ve always watched this show. Like the individual characters and the stories. Enjoy the shots of New Orleans. Hope you keep it.

I loved the double episode “checkmate”; but, I had nightmares about the final scene. If Pride is killed, I probably will not watch the show next season.

Good show. Have watched it from the first. Keep it and keep up the good work.

Love this show it’s one of my favorites great cast and story lines long May it continue.

Unbelievable violence in newest episodes. Torture, senseless drama. Why do you have to go there? Done watching, and many of my friends who used to watch, agree…..

This again another great TV series and it should also continue for many more years as they all have really great stories, and to be honest there are no other show better than all these NCIS series at all. Nothing comes close to all these 3 shows at all… CBS WAKE UP TO YOURSELVES AND SIGN UP THESE 3 GREAT SHOWS….

Love this show. Enjoy each character esp. Pride, Lasalle, Percy and the doc.

I love this series as it is better than NICS: Los Angeles only just but this show is always great to watch with the family. Even in Australia this great a high viewing as it has on a Tuesday night , great cast for this show

Love this season! Getting to know the characters background while solving crimes!