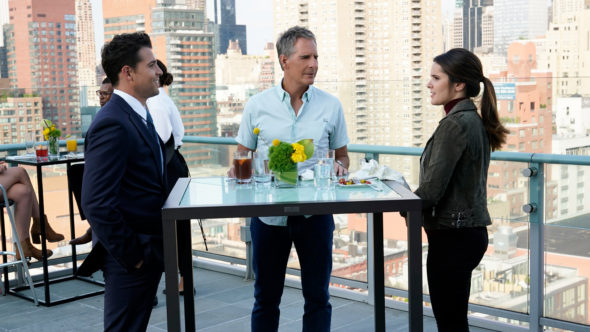 The sixth season of NCIS: New Orleans averaged a 0.65 rating in the 18-49 demographic and 6.33 million viewers. Compared to season five, that’s down by 17% and 13%, respectively. The season finale aired on April 19th.

What do you think? Do you watch NCIS: New Orleans on CBS? Will you watch season seven of this procedural TV series?

We’re not watching any T.V. shows with the actors wearing masks. One watches t.v. to escape reality. NCIS New Orleans just signed their death warranty its dead to us.

This is the only NCIS program I will watch.

NCIS New Orleans is my favorite program on TV. I’m so glad it has been renewed.

Absolutely love it. We just finished the last episode where Pride is planning for his daughter’s wedding. Love Pride and all of the characters, Vanessa (Tammy Gregoria is my favorite)

How can they bring someone back from the dead? I miss him, too, but we gotta appreciate the fact that the show is still running!

I really like NO.. I don’t like the agent replacement for Lasalle. smart A$%, he will NEVER replace C.Lasalle. Don’t I will watch that much anymore.. God bless keep up the good work.. For out Law enforcement..