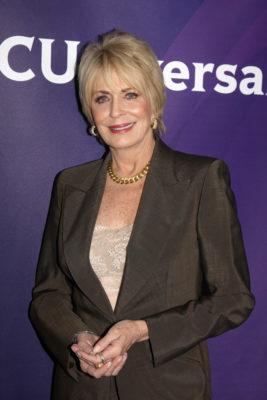 On NCIS: New Orleans, Cassidy will be playing Dwayne Pride’s (Scott Bakula) mother. Cassidy will make her debut on the CBS series during its season five finale.

What do you think? Do you watch NCIS: New Orleans? Are you looking forward to the season five finale?

Huge fan of all NCIS. N.O. worst of 3. Boring & even w/phony promotion is getting harder to watch. Changes NOT working for NO or regular NCIS. LA is best w/Hedie back.

Although I love all of the NCIS Shows, New Orleans is my favorite, the actors and the group dynamic works! Please do not cancel this show

I love all of the NCSi shows I hope none are cancelled. I still miss all the CSI shoes 🙁

If something works don’t you dare fix it.NCIS New Orleans works..great smart cast.And look at the back drop. Typical Hollywood stupid thinking.Bakula and cast are GREAT.

Stupid casting. She is only 6 or 7 years older than scott bacula.

Nine year difference must be taking into account it’s Louisiana.

I Love NCIS New Orleans. Keep it going and I enjoy all the actors and any guest actors they may have. Super show.

LOVE LOVE this show !!! Sweet there is another season. Interesting to see Pride’s Mom !! LOL

I love this show. Happy it’s coming back!

I love this show. Love the fact it takes place in New Orleans! Love the characters

This show is grest

Love the ncis programmes ,like I loved the csi ones ,would be nothing left worth watching if the ncis ones were cancelled

love this show – would be tragic if it is not renewed. best of all the NCIS series