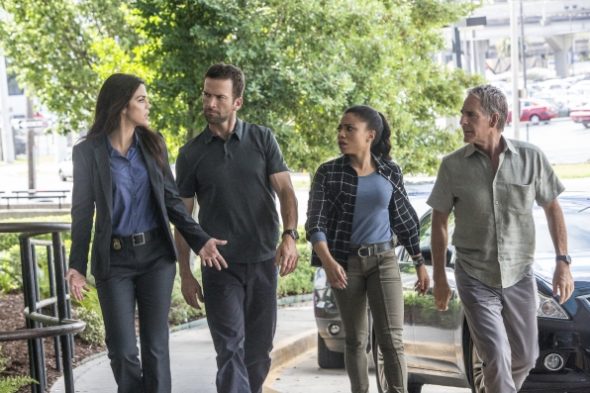 Is NCIS: New Orleans returning for a new season or not? According to SpoilerTV, CBS has renewed the TV show for a fifth season.

Per Production Weekly, CBS has ordered a fifth season of NCIS: New Orleans. The network has not confirmed the renewal, but the news wouldn’t be that surprising. The crime drama has earned solid ratings during season four, averaging .98 rating in the 18-49 demo and 8.891 million viewers so far.

What do you think? Do you watch NCIS: New Orleans? Do you want a fifth season?

From its joyful opening theme song to its closing credits,I have always enjoyed this program an I hope I will continue to do so.

I am a female, straight, white from Eastern Kentucky. CBS has a lot of good shows such as NCIS, NCIS New Orleans, Bull, MacGivor, Hawaii Five O, Seals and Swat to mention a few. The cancelation of any of the above mentioned shows would be very disappointing for us.

I am a male, straight, white, southerner (SC). I applaud CBS for its openly realistic depiction of “Agent Grigorio” (Vanessa Ferlito). I appreciate mass media addressing issues that affect the role of females who identify themselves as lesbians or bi-sexual. Whether or not she is lesbian/bi, she is an inspiration to women. I know the restrictions imposed by media censorship, but I hope you will continue to push those boundaries until everyone is free to express their identities without shame. Push the Boundaries!

I definitely LOVE NCIS: New Orleans and always watch it, along with watching NCIS: Los Angeles and NCIS … as well as CSI:New Angeles. Hope they keep it and the rest, as well.

Please let it come back it’s great ILove it