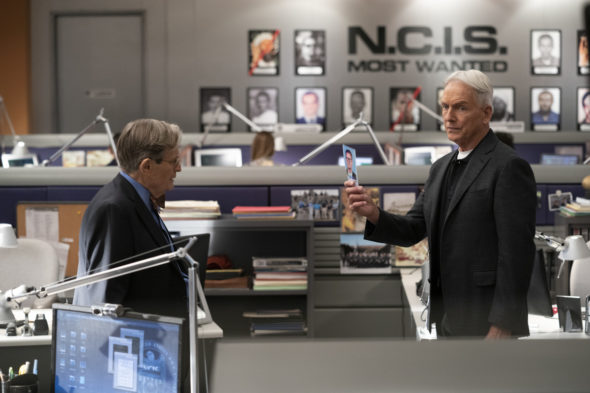 Are Gibbs and his team still getting the job done in the 18th season of the NCIS TV show on CBS? As we all know, the Nielsen ratings typically play a big role in determining whether a TV show like NCIS is cancelled or renewed for season 19. Unfortunately, most of us do not live in Nielsen households. Because many viewers feel frustration when their viewing habits and opinions aren’t considered, we invite you to rate all of the 18th season episodes of NCIS here. *Status Update Below.

What do you think? Which season 18 episodes of the NCIS TV series do you rate as wonderful, terrible, or somewhere between? Do you think that NCIS should be cancelled or renewed for a 19th season on CBS? Don’t forget to vote, and share your thoughts, below.

I have watched and loved every episode of NCIS since the beginning. Please don’t cancel NCIS. It is not a stupid tv program so please don’t replace it with one. It seems to be happening alot lately.

Miss Abbey and the energy her character generated interacting with the other actors.

I love love NCIS please keep it on the air.

Pam Dawber should stay retired. She is not a good fit. She is not a good actress and talks through her teeth. I hope they do a NCIS: Hawaii and use some of the cast from the Hawaii 5-0 show. It is too bad Alex McLoughlin had to leave, they should have tried to carry on without him.

Still an NCIS fan. Wish they would quit getting rid of characters you like.

NCIS IS MY FAVORITE and needs to return for another season. Bishop needs to stay in the series as well as Gibbs, however the role he plays. My phone ringtone is NCIS. I can’t picture life without NCIS being on the air.

Didn’t care for the whole plot line this season. The team without Gibbs is hollow.

Love the show and cast. Hope we do not lose Bishop. Thanks for not killing off Gibbs. Wouldn’t be the same without him. Can’t wait for season 19.

I hope Pam Dawber is NOT going to be a regular on the show, even though she is the boss’s wife. She is NOT a good actress and talks through her teeth.

I love NCIS and I hate when it isn’t on.

NCIS is my favorite series the cast is truly dynamic.

I HAVE LOVED THIS SHOW WHEN IT FIRST STARTED!!!! AND I STILL LOVE IT NOW!! PLEASE KEEP THIS ON!!

HOW CAN NCIS BE CANCELLED? I love that show and I love the character that Mark Harman has played for all these years. It is his right to leave and I respect that.

Why can’t NCIS continue with the rest of the cast? They are all excellent.
To the cast of NCIS….what ever happens, I ‘ll always love how happy you’ve made me since 2003. Keep safe all.

It is not cancelled.

Of course NCIS should be renewed. I am curious of what becomes of Gibbs as he has been suspended. This series in one of my favorite procedural dramas. Please renew!!