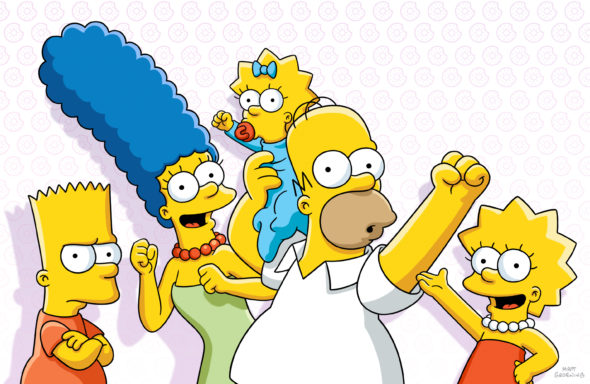 When will Homer and his family leave Springfield and the primetime schedule? The longest-running scripted series in American primetime television, The Simpsons TV series has yet to be renewed for a 33rd season on FOX. It’s hard to imagine that this comedy will be cancelled soon but nothing lasts forever. Could it be cancelled this time around or, is it all but guaranteed to be renewed? Stay tuned. *Status Update Below.

For comparisons: Season 31 of The Simpsons on FOX averaged a 0.94 rating in the 18-49 demographic and 2.58 million viewers in the live+same day ratings.

What do you think? Do you like The Simpsons TV series on FOX? Should it be cancelled or renewed for a 33rd season?

So when is Season 33 being announced? 🙂

Need to end getting old love original series better now overboard on this show getting good ratings all time classic down the line awesome.

i think its time to bring this show to an end

Yep agreed with you

Contract is coming to end every 3 year renewed for last 7 years been doing tired of it. Not funny awful need to end. Longest sitcom on air amazing couple years older than me.

If you where making the money The Simspons was you keep renewing it.