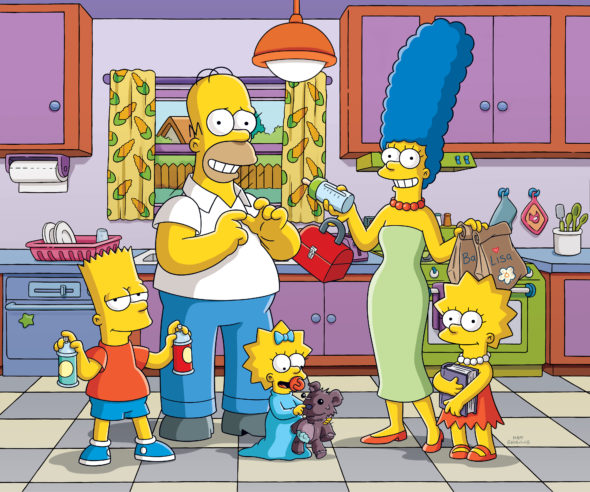 How dysfunctional is the Simpson family in the 29th season of The Simpsons TV show on FOX? As we all know, the Nielsen ratings typically play a big role in determining whether a TV show like The Simpsons is cancelled or renewed for season 30. Unfortunately, most of us do not live in Nielsen households. Because many viewers feel frustration when their viewing habits and opinions aren’t considered, we’d like to offer you the chance to rate all of The Simpsons season 29 episodes here.

An animated FOX sitcom, The Simpsons features the vocal talents of Dan Castellaneta, Julie Kavner, Nancy Cartwright, Yeardley Smith, Harry Shearer, and Hank Azaria. The comedy centers on the dysfunctional Simpson family, as well as their neighbors, friends, and life in the fictional town of Springfield.

A safety inspector at the Springfield Nuclear Power Plant, the buffoonish Homer (Castellaneta) is married to Marge (Kavner), a sweet, if typical housewife. Together, they have three children. At ten years of age, son Bart (Cartwright) is a consummate troublemaker. Their precocious middle child, eight-year-old Lisa (Yeardly Smith), is charismatic, if a bit geeky. Baby Maggie may not be verbal, but she expresses herself both with her wide eyes and the help of her trusty pacifier. The family dog, Santa’s Little Helper, and cat, Snowball II, round out the household.

What do you think? Which season 29 episodes of The Simpsons TV series do you rate as wonderful, terrible, or somewhere between? Should FOX cancel or renew The Simpsons beyond its 30th season? Don’t forget to vote, and share your thoughts, below.

Huge fan never left been there with you from the beginning 1989 i even watched the shorts on the Tracey Ullman Show. Also a fan of Matt’s brother in law show Hey Arnold but that’s besides the point. Please keep the Simpsions going even tho Disney brought Fox please! I still love the show never stoped love in it. Also i don’t care of Disney wants to make there own Simpsions rides and world in there parks if they do cool but don’t mess with Universal Studios I love you both the same equally for you’re Studios and your parks… Read more »