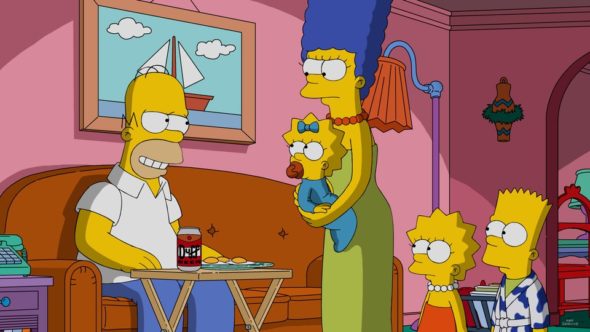 We don’t have to worry that The Simpsons will be cancelled since FOX has already renewed it for season 32 (2020-21). But, what will happen after that? The series now belongs to Disney and all 30 seasons will be available on the Disney+ streaming service. Could this be an indication that new seasons could air on a Disney-owned channel in the future? Stay tuned.

What do you think? Do you like the The Simpsons TV series? Are you glad it’s been renewed for a 32nd season? Do you think it could move to a Disney-owned channel in the future?

hi again, its Raj Prakesh coming back with another question .. i am jus wondering if i will be able to get this televison for free……..
how Can i do this help?

also what tv do you guys recommending…..