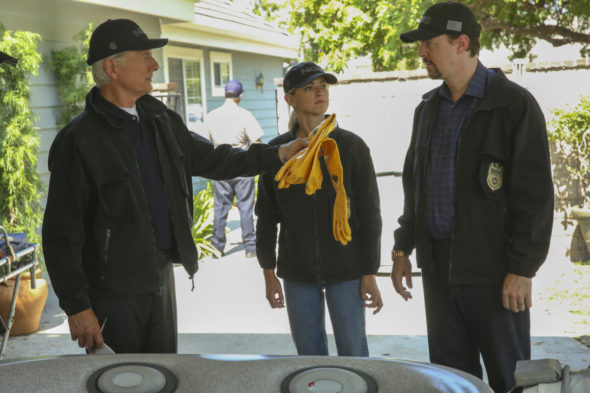 Are Gibbs and his team still getting the job done in the 16th season of the NCIS TV show on CBS? As we all know, the Nielsen ratings typically play a big role in determining whether a TV show like NCIS is cancelled or renewed for season 17. Unfortunately, most of us do not live in Nielsen households. Because many viewers feel frustrated that their viewing habits and opinions aren’t considered, we’d like to offer you the chance to rate all the season 16 episodes of NCIS for us here. *Status update below.

What do you think? Which season 16 episodes of the NCIS TV series do you rate as wonderful, terrible, or somewhere between? Should CBS cancel or renew NCIS  for a 17th season? Don’t forget to vote, and share your thoughts, below.

NCIS has been the best show on TV for the last 16 or 17 years , watching the DVD’s now up to season 8 and still never get sick of watching this great show.

Very good show. Portrays the military in a respectful light even if the actual role of NCIS is not quite as glamorous as the show.

Rate it a 10 for sure. Would like to see a few more cameo appearances of characters from the old JAG. Even some of the minor characters like the gunny, the admirals yeoman, etc. What are they doing now.