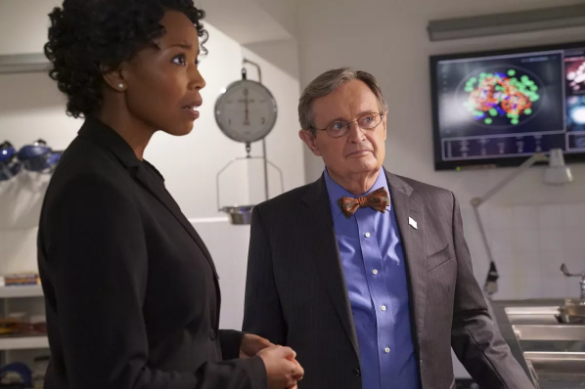 A familiar face is returning to NCIS. Deadline reports David McCallum has joined season 16 of the long-running CBS TV show.

McCallum will return to NCIS for season 16 next fall. Read the announcement below:

What do you think? Do you watch NCIS? Are you excited for the next season?

NCIS is my favorite show

David has been rarely seen on NCIS lately. He was the original reason I started watching the show and then realized it was well written and intriguing. I will admit though, that if David leaves the show then that’s the last straw. SHAME on you Mark Harmon for the loss of Abby. I think you need to re-evaluate your priorities. You lost a one of a kind LADY!

They still need to get rid of Th actress that replaced Ziva , before I watch anymore. I have not watch since she came on the show, she has to go.

I have watched bc is since it came on but without Abby, I’m not sure how good it is going to be. She and Siva made the show. I too do not the characters that have replaced them. I’m glad Duckie is coming back. They really need to try and get Paulie back on the show because without her it really isn’t going to be the same.

So happy NCIS is returning! Happy they are keeping Ducky on!
My favorite show!

I am so glad he is coming back. I love the show.

Glad they could reach an agreement that works for all involved, including viewers.