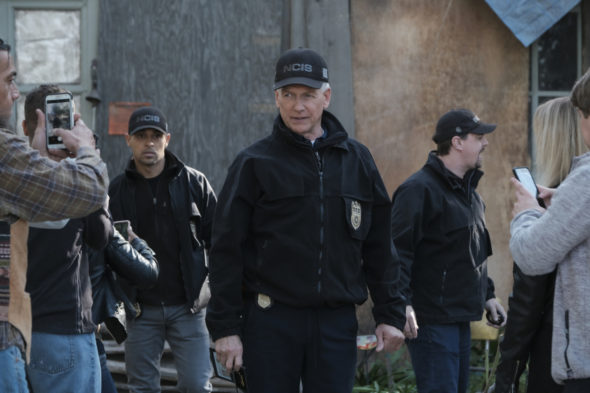 The long-running procedural stars Mark Harmon as a former Marine gunnery sergeant whose skills as an investigator are unmatched. He leads a highly skilled and colorful group of professionals who investigate crimes that have connections to the Navy or Marine Corps. The cast also includes Sean Murray, Emily Wickersham, Wilmer Valderrama, Maria Bello, Brian Dietzen, Diona Reasonover, Rocky Carroll, and David McCallum.

What do you think? Do you watch NCIS on CBS? How much longer do you think it should last beyond season 18?

Continue with same actors and writers

The show should continue as long as the actors want to work the series.

It’s been the best show since 2003. I will watch it until they pull the plug. I hope that doesn’t happen for at least four more years. If it goes longer that I will be on board.

I love NCIS and watch all the repeat seasons over again. One of the best shows on TV.

I love it. I think if Gibbs wants to leave Abigail Bourne she be in charge. She is a female Gibbs and can hold the lead.