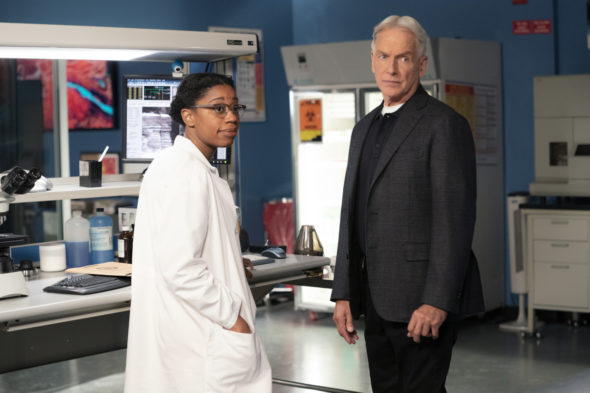 Gibbs and his team will be back for the 2021-22 television season. CBS has renewed the NCIS TV series for a 19th season on the network.

The 18th season of NCIS averages a 0.86 rating in the 18-49 demographic and 9.71 million viewers in the live+same day ratings. Compared to season 17, that’s down by 23% in the demo and down by 17% in viewership. In the traditional ratings, the show ranks third out of this season’s 24 scripted CBS series.

While NCIS has been renewed, it’s unclear how many episodes will include Harmon. Word is that still being worked out and it seems likely that he won’t be in all of them.

What do you think? Are you a fan of the NCIS TV series? Will you be watching season 19 on CBS? How much longer should this show continue?

I so love watching NCIS, it has changed with most of the original cast moving on , but it would be nice for them to have some parts were they can be brought in to odd series to help out , example like Gibbs and Ducky ..

Whoohoo!!!! keep them coming! Love this show!! gibbs and his crew are the best!

It will be interesting to see the ratings if Mark Harmon is not in every show – have enjoyed seeing a “softer” side of Gibbs during the last part of this past season. Have watched the show since Episode 1.

I love the show, I would be gutted if it ended.

I will watch as long as Gibbs is involved in every episode and i would like to see Ellie back for season 19 , why break up the team if that’s gonna be the last season!!!

I love the and don’t want to end.