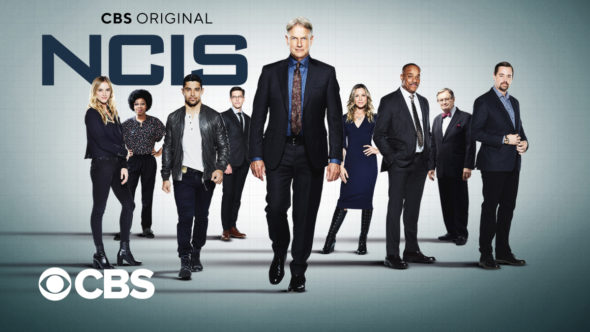 Though it’s been on the air for more than 17 years, NCIS continues to be one of CBS’ highest-rated series. How long can this continue? How long will Mark Harmon want to continue making it? Could the series possibly be cancelled or, is NCIS essentially guaranteed to be renewed for season 19? Stay tuned. *Status Update Below.

What do you think? Do you like the NCIS TV series on CBS? Should it be cancelled or renewed for a 19th season?

NCIS should keep coming for more seasons. Gibbs…come back. We need you.❤

I fear this will be the last season, Gibbs is the star and we barely see him, I can do without Bishop but it’s not NCIS WITHOUT GIBBS

I would say keep it on, but please stop getting rid of people.

Definitely renewed. I have watched for all 18 seasons and counting….Still one of the best running although I disliked episode 10. It did not show “Gibbs” or policing in general in a positive way – it needs to stay positive while focusing on current issues.

One of my favorite shows ncis enjoy it and love it look forward every episode recently started getting into few times now really love it hopefully never ends awesome crime mystery.

NCIS is one of the best show aired at present and has been for 18 years. Shame on CBS for airing only 4 episodes prior to the holidays and then delaying the next episode. Easiest way to lose the viewers is to make them lose interest and that’s exactly what CBS has done.

Bring it back and keep it going. If this show is cancelled, so is my CBS all access account, immediately.

Give them a break – there is a pandemic and it is difficult to film in these times and keep actors and crew safe. Be thankful we have any new episodes to watch. Some new shows that aired last year and were supposedly renewed were later canceled instead. That happened to one of my favorites, Stumptown.

Always look forward to seeing every year such a great well down hand down. 18 years record of crime show it the best.,

I wish they had said the new season was coming on I missed the first 10 minutes of it and had to DVR it from there !I would’ve been watching it from the beginning