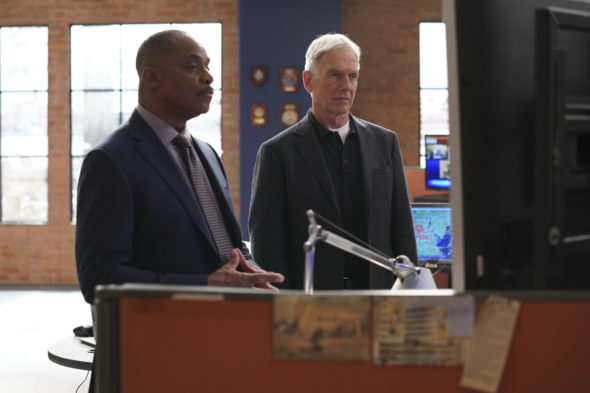 Will CBS cancel or renew NCIS for season 19? This series continues to be one of the network’s highest-rated series. Even if Harmon wants to leave the show or make fewer episodes, I think it’s a safe bet that NCIS will be renewed. I’ll update this page with breaking developments. Subscribe for free alerts on NCIS cancellation or renewal news.

What do you think? Are you glad the NCIS TV show has been renewed for a 19th season? How would you feel if CBS had cancelled this TV series, instead?

No it’s a great show. But ratings are down because we have to pay a separate subscription to CBS

Please let there be a season 19 and 20. We need Mark Harmon even if he only appears sporadically like Ducky!

Please renew NCIS. My wife and I both enjoy the shows themes and messages.
and love the actors (past and current). Mark Harmon is a talented actor and producer.

If Gibbs is gone the show will die…. the new team on tonight’s show is obnoxious & people will refuse to watch if they stay on!!

Yes, but canx all fake news.

Nope it true and real news.

Please let there be another season!!!