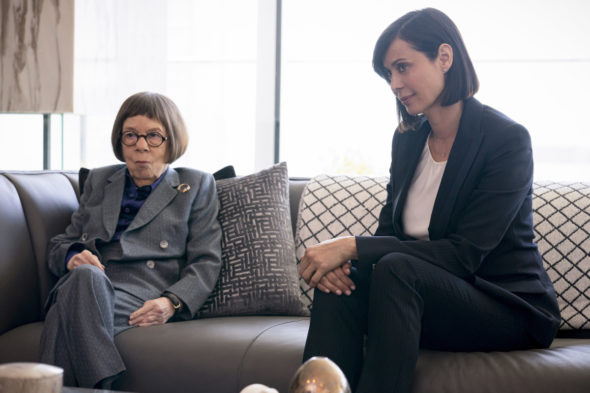 Catherine Bell is bringing Mac back for another episode of NCIS: Los Angeles. The actress revealed her return to the series on Instagram. She has already appeared on two episodes of the series, including the season premiere for the current season.

Sarah “Mac” MacKenzie first appeared on JAG, which ended on CBS 15 years ago. Check out Catherine Bell’s post below.

Sneak Peak time! After 15 years I am putting the @marines uniform back on for another exciting episode of @ncisla !! Mac is back!! I’m also excited to announce that after almost 3 years since the idea was first born, the Catherine Bell Jewelry line is officially launching very soon! Stay tuned in for a preview… ♥️ @catherinebelljewelry

Barret Foa, the actor behind Eric Beale on the series, also shared a photo of Bell with himself, LL Cool J, and Chris O’Donnell. Check that out here.

As for the NCIS: Los Angeles episode, TV Line revealed the following:

“Bell’s next guest spot will air Sunday, April 19, when Mac (and Mac alone) asks Hetty’s NCIS team for help with a sensitive, ripped-from-the-headlines-ish case in which two SEALs have come forward to claim that their chief murdered an unarmed Taliban prisoner.”

What do you think? Could this lead to more appearances by Catherine Bell in the future? Do you want to see more of Mac?

Brains!++++!, Law Degree+++ years of Experiences!, A Marine!+++++!, Someone that could be trusted to take Hetty’s position someday, YES! Hope Hetty stays on part time for several seasons to mentor whoever steps into her position.
Oh yes, I like the Female Leaders on this show! I see Brains first, …. Female and Beauty eventually. But remember I’m a Faithful Married Father. I see Family Values too.

The TiPi
Reply to  Mr Ford

Wow, as a former JAG watcher which morphed into NCIS, it’s amazing to see Ms. Bell as Mac again, brings back good memories when I couldn’t wait for my favorite tv show to come on. It was also good to see Rab play opposite Mac in a couple series.

Love her and all staff on the show. They are great. Wish I could meet them but Montana too far. Keep up the great work. We never miss your show. Love Roger

Catherine Bell is the ultimate beauty! Played a great roll in JAG, loved the show. She would be great addition to NCIS LA. NCIS LA needs some an update with some new cast members.

Michael Winans
Reply to  The Garfield

Still watching reruns of Jag. Looking forward in seeing a spinoff for another Jag series. What do you think?