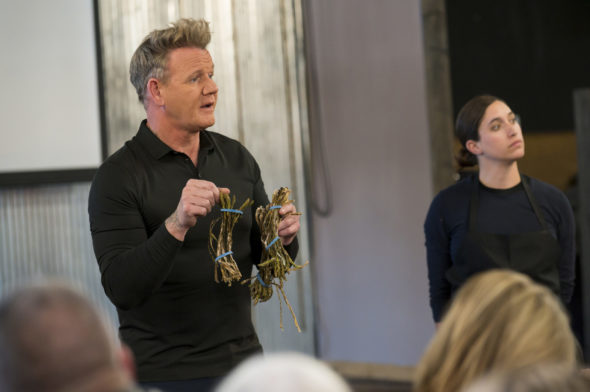 Gordon Ramsay is preparing a special episode of 24 Hours to Hell and Back, which will air in May. The two episodes will have footage filmed recently in Ellicott City. Reports of the filming were released, and it was thought that footage was to be used for an episode set for next season. The season finale for the series aired in February.

FOX revealed the following about the special episode of Gordon Ramsay’s 24 Hours to Hell and Back in a press release:

“GORDON RAMSAY’S 24 HOURS TO HELL AND BACK: SOS takes on its biggest makeover challenge to date, revitalizing three local businesses in Ellicott City, MD, during a special two-hour episode airing Tuesday, May 12 (8:00-10:00 PM ET/PT) on FOX.

Hit by massive floods in 2016 and 2018, Ellicott City struggled to rebuild local businesses after the devastating damage that the disasters caused. The city already has been to hell, and now it’s time for Ramsay and his team of experts to bring it back. Three local businesses will undergo life-changing renovations, culminating in a grand reopening of the town at the end of the makeovers. Ramsay has called in some expert help, including esteemed interior designer Nate Berkus, former Baltimore Orioles Hall of Fame baseball player Cal Ripken Jr., former Baltimore Ravens wide receiver Torrey Smith and the Maryland National Guard to offer helping hands to the community, ahead of the largest relaunch in the show’s history.

What do you think? Will you watch these special episodes of 24 Hours to Hell and Back?

I sure will be watching
Love this show

I love Gordon Ramsey’s shows. Have been watching them for many years….. i thought this episode sounded great until i saw he invited Cal Ripken Jr. I dont support wife beaters. I’m not a fan. Still love Ramsey. Just won’t supposet anything Ripken is in.

We love the show and how quickly the team transforms the staff as well as the restaurants. He’s amazing!

Love Gordon Ramsey! Especially when he looses it, and yells, and throws food on the owners

I love watching Borden Ramsey. I tape all episodes. I miss the show, can’t wait to see new series!