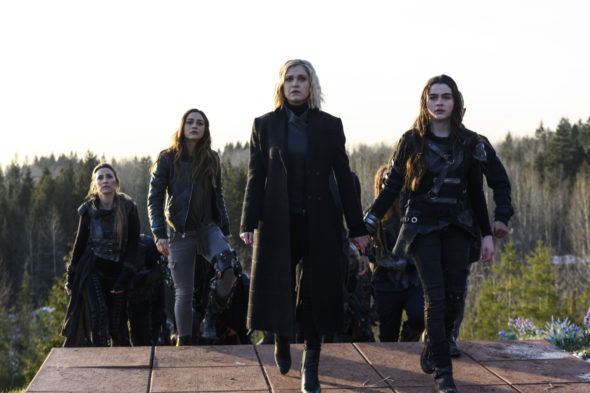 Time to get ready for brand new episodes this spring and summer on The CW. The 100, Stargirl, and In The Dark will all premiere their seasons in May. The 100 is returning for its final season, and In The Dark is premiering for its second. As for Stargirl, the series will air on DC Universe first before airing on broadcast television.

The CW revealed more about the premieres in a press release. Check that out below.

“New series STARGIRL, starring Brec Bassinger, Luke Wilson and Amy Smart, will make its CW debut on Tuesday, May 12 (9:00-10:00pm ET/PT), one day after it makes its digital debut on the DC Universe subscription service (Monday, May 11). Additionally, every episode of STARGIRL will be available to stream on The CW’s free digital platforms (CWTV.com and The CW app), following its broadcast on The CW Network.

On Tuesday, May 26, STARGIRL will move one hour earlier to the 8:00-9:00pm time period for the remainder of its season.

Under The CW’s new digital strategy, each episode of the network’s new series, including BATWOMAN, NANCY DREW, KATY KEENE and now STARGIRL, are available to stream following their linear broadcast, allowing viewers to catch up from the beginning at any point throughout the season on CWTV.com and The CW app – free, with no subscription, login or authentication required, and fully ad-supported. As with all new series this season, following the finale of STARGIRL, the full season will be available to binge on The CW’s digital platforms.

The new DC Universe drama series STARGIRL follows high school sophomore Courtney Whitmore (series star Brec Bassinger, “Bella and the Bulldogs,” “School of Rock,” “The Goldbergs”) as she inspires an unlikely group of young heroes to stop the villains of the past. This new drama reimagines Stargirl and the very first superhero team, the Justice Society of America, in an unpredictable series. The series focuses on the character that started creator Geoff Johns’ career as a comic book writer when he created her in 1999, lovingly inspired by his late sister who was killed in a 1996 plane explosion.

What do you think? Are you planning to watch these three shows on The CW this summer?