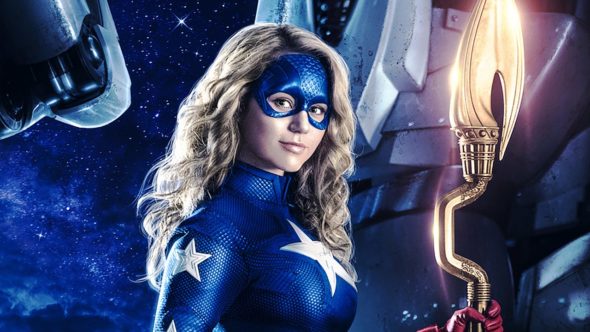 DC’s Stargirl has now cast two villains for season two of the superhero series. Actors Nick Tarabay and Jonathan Cake are joining the series and will play Eclipso and The Shade.

Deadline revealed the following about Tarabay’s and Cake’s roles on The CW series:

“Tarabay’s Eclipso is one of the main antagonists set to clash with Stargirl’s Justice Society of America in Season 2. Eclipso is a life essence trapped inside a blue diamond. Once owned by the Injustice Society of America, that diamond was stolen in Season 1 by DeLacy’s Cindy, which will result in problems for the JSA going forward. Eclipso is an ancient entity of corruption and vengeance. Brimming with a cold, terrifying darkness, he exploits the flaws of others, reveling in the impure and sinful, sadistically feeding off the dark side of humanity.

Cake’s The Shade, an English immortal, is a classic antihero from DC Comics who wields magical shadow powers. Tall and slim with an elegant 19th century way to his speech and manners, he masks the horrors he’s experienced and people he’s lost in all the time alive with wry, witty retorts and a false sense that nothing really matters.”

DC’s Stargirl will return in 2021, but a premiere date has not yet been revealed. Season one of the series aired both on The CW and DC Universe, but season two will only air on The CW.

What do you think? Are you excited to see these villains on season two of DC’s Stargirl on The CW?