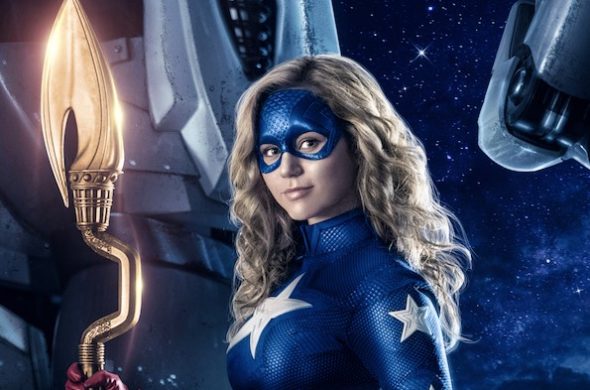 Stargirl will have her time in front of more people! The DC Universe series has landed a deal that will allow her to air on The CW the day after the series premieres on the streaming service. The new series will also be available for streaming on CW’s own streaming platforms after it airs on the network.

This is not the first DC Universe series that has landed a cross platform deal. Season two of Doom Patrol will air on both DC Universe and HBO Max when it premieres, per TV Line.

Brec Bassinger stars as Stargirl in this new series. The series focuses on the high school student “as she inspires an unlikely group of young heroes to stop the villains of the past.”

A premiere date for Stargirl has not been set, but it is expected to land on all platforms in spring 2020.

What do you think? Did you plan to watch Stargirl on DC Universe? Are you glad to see the series also heading to CW?

Will Be Watching on CW. “STARGIRL”

YES I MOST DEFINITELY WILL BE WATCHING STAR GIRL ON THE CW ASWELL!!