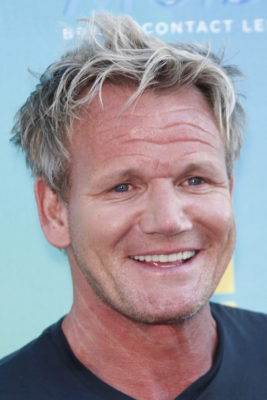 Gordon Ramsay is going on the road. Today, FOX announced Ramsay’s new TV series 24 Hours to Hell & Back will premiere this summer.

The show “will feature Ramsay driving to struggling restaurants across the country in his state-of-the-art mobile kitchen and command center, Hell On Wheels.”

FOX is announcing summer premiere dates for returning series BEAT SHAZAM, LOVE CONNECTION, MASTERCHEF and SO YOU THINK YOU CAN DANCE, as well as new series GORDON RAMSAY’S 24 HOURS TO HELL AND BACK.

This summer, Tuesdays are all about music and match-making, with the return of BEAT SHAZAM and LOVE CONNECTION on May 29. Interactive game show BEAT SHAZAM, hosted by Grammy-, Golden Globe- and Academy Award-winning actor and musician Jamie Foxx (“Ray,” “Django Unchained”), kicks off the night at 8:00-9:00 PM ET/PT. Executive-produced by Mark Burnett (“Survivor,” “The Voice”), Jeff Apploff (“Don’t Forget the Lyrics!”), Barry Poznick (“Are You Smarter than a 5th Grader?”) and Foxx, along with Rich Riley and Lauren Zalaznick for Shazam, the series pits teams of two against the clock and each other as they attempt to identify the biggest hit songs of all time. In the end, the team with the most money banked will outlast the competition and go against Shazam, the popular song identification app, for the chance to win up to one million dollars. Additionally, actress, model and writer Corinne Foxx, daughter of Jamie Foxx, joins BEAT SHAZAM as the new deejay. Celebrity guests to appear this season include Demi Lovato, Shaquille O’Neal, Smokey Robinson and Michael Bolton, among others.

All-new episodes of LOVE CONNECTION air at 9:00-10:00 PM ET/PT on FOX. Hosted by Emmy Award winner Andy Cohen (“Watch What Happens Live With Andy Cohen”) and executive-produced by Mike Fleiss (“The Bachelor”), the one-hour series amps up the original hit dating show for today’s audiences. Each hour episode features single men and/or women in search of love, as Cohen brings his personal brand of audacious fun to the series.

On Wednesday, May 30, Season Nine of MASTERCHEF debuts with a special two-hour premiere (8:00-10:00 PM ET/PT). The following week, on June 6 (8:00-10 PM ET/PT), another two-hour episode airs. On MASTERCHEF, award-winning chef Gordon Ramsay, acclaimed chef Aarón Sánchez and renowned restaurateur Joe Bastianich will put the latest group of contestants through a series of challenging elimination rounds, in order to turn one home cook into a culinary master.

Following MASTERCHEF’s time period premiere on Wednesday, June 13 (8:00-9:00 PM ET/PT), GORDON RAMSAY’S 24 HOURS TO HELL AND BACK debuts (9:00-10:00 PM ET/PT). The brand-new series will feature Ramsay driving to struggling restaurants across the country in his state-of-the-art mobile kitchen and command center, Hell On Wheels. In today’s social media-driven world, everyone is an amateur food critic, and restaurants often find themselves one bad review away from shutting their doors. So, for the first time ever, Ramsay will try to bring each of these failing restaurants back from the brink of disaster – all in just 24 hours. First, he’ll send in a team to record secret surveillance. Then, he’ll go in undercover to see the problems first-hand. As the clock ticks down, Ramsay and his team will transform these restaurants with spectacular renovations, fresh new menus and hope for the future. It all builds to the end of the 24 hours, when grand re-openings of these restaurants will be held for the public.

Hosted by Cat Deeley and featuring Nigel Lythgoe, Mary Murphy and Vanessa Hudgens as resident judges, SO YOU THINK YOU CAN DANCE enters its 15th season on Monday, June 4 (8:00-9:00 PM ET/PT). Highly-skilled dancers between the ages of 18 and 30 will showcase their talents in various dance styles, including contemporary, tap, hip-hop, ballroom, animation, breaking and more. Those who are selected to move on to the SYTYCD studio will work with world-renowned choreographers and compete LIVE each week for America’s votes in a variety of styles. Contestants will be eliminated weekly until a winner is named on the season finale.

What do you think? Are you a fan of Gordon Ramsay? Will you watch 24 Hours to Hell & Back?

Love Gordon and will watch for sure!

I adore Mr Ramsay I watch everything he’s on, but the mouse in the toaster wow is that real?