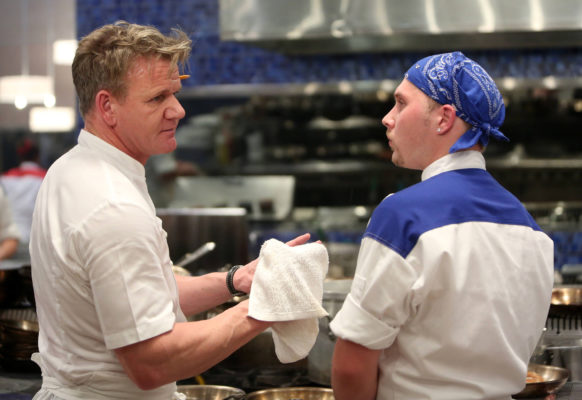 Even though FOX has not confirmed a season 19 renewal for Hell’s Kitchen, Ramsay announced the series is already casting for a new season. Ratings have been solid for the show’s current season (it’s averaging a .78 rating in the 18-49 demo and 2.721 million viewers), so a renewal seems like a done deal.

…..and if you think you have what it takes…#HellsKitchen is casting now for the next batch of chefs ! Visit https://t.co/pswGTiuO0Y for more info pic.twitter.com/i44pHlKipd

What do you think? Are you a fan of Hell’s Kitchen? Do you think you could compete?

Love Hells Kitchen, hope it will be back soon.

Hells kitchen is awesome even my 4 year old loves watching it. The show has made me start teaching my chikdren to cook young.

this is my favorite show!!! I look forward to watching it every year! Ramsay is one of my favorite people!! he’s very successful, and started from the bottom. very intelligent man.

I’ve been binge watching every season. It’s fantastic and addictive. I just started Season 18, so I’m very interested to know what’s next for Season 19.

I can’t believe this show is still on. Stopped watching after season 4. Same old scripted nonsense every season.

I love this show no matter what. I enjoy seeing the competitiveness of it. I will continue to watch it until the end of time. Every episode keeps me watching to see who makes it through the door.

i love this show it is super