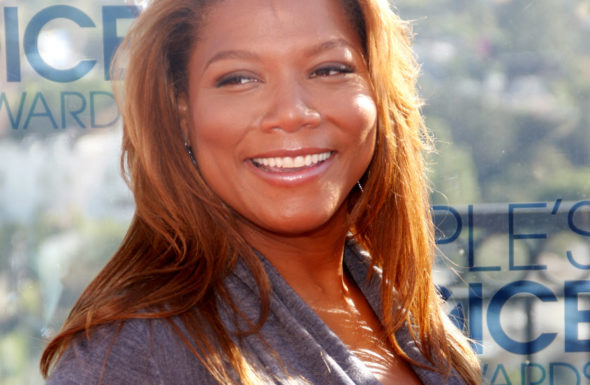 The Equalizer could be the next reboot to hit CBS. The network has given a pilot commitment to the possible series with Queen Latifah to star. The new series comes from Andrew Marlowe and Terri Miller. Fans of Castle might remember Marlowe’s name.

The Equalizer originally aired on CBS between 1985 and 1989 with Edward Woodward starring as the lead on the series.

Per The Hollywood Reporter, the new series would feature Latifah as an “enigmatic woman who uses her extensive skills to help people who have nowhere else to turn.”

Latifah will also executive produce the series if it is picked up by CBS. The network has seen some success with reboots. If it is picked up to series, it would join Hawaii Five-0, Magnum PI, and MacGyver.

What do you think? Would you watch The Equalizer?

LOVE THIS SHOW. SHE IS AWESOME IN THIS ROLE. SO IS THE POLICE OFFICER.

Loved the original. Agree the lead needs a certain personality. Don’t know if the Queen’s glow & happiness will fit. Would give the re-make a look.

When are they going to learn that just plugging in a woman will not make a show better. There have been so many flops. Clearly Latifa is a multi talented performer, I just don’t see her selling this role. Edward Woodward was outstanding, Denzel always delivers an awesome performance, but some roles are just more believable male and some female.

But, if this happens, I say let’s remake, “Leave it to beaver and make Chris Helmsworth play June Cleaver.

Sounds very interesting! If she is in it, I will try it.

NO , GOD PLEASE NO…. enough with the sjw reboots already, this was a pretty good show, even liked the semi similar show with michael madsen vengence unlimited…but this just NO

If it’s starring Queen Latifah i’ll definitely watch it… Love and miss her in Star.

Please make it like the original and not like the movies. McCall had skills and money. He was sophisticated and connected. In the movies Robert McCall is existing as an average guy. So many movies with average guy is really ex military type.

Would definitely watch. Liked the old series I was a regular watcher and love Queen Latifah

Nellie, sorry to disagree with you on this. I never missed an Equalizer T.V. show and have watched the two movies more than once. I do NOT believe that Latifah can even approach the two previous equalizers, Woodward and Washington and I also think that the choice of a woman for that role is absolutely ridiculous. To each his own thought