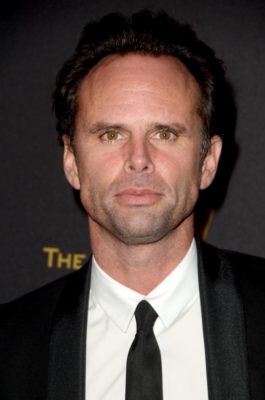 Walton Goggins is headed to CBS. According to The Hollywood Reporter, the Justified star has joined the network’s LA Confidential reboot pilot.

Based on the novel by James Ellroy, the drama follows three homicide detectives, a reporter, and an actress whose lives “intersect while the detectives pursue a sadistic serial killer among the secrets and lies of glamorous and gritty 1950s Los Angeles.” In 1997, the book was adapted as a film starring Kevin Spacey, Russell Crowe, Guy Pearce, and Kim Basinger.

On LA Confidential, Goggins will play “Detective Jack Vincennes, who is described as all swagger and flash with a movie-star smile. He knows how the system works and uses it to his best advantage, including some corrupt shakedowns on the side.”

What do you think? Are you a fan of LA Confidential? Would you watch the CBS series?

I’ve never watched LA Confidential but I might watch it now as Walton Goggins is in it. I watched him in Justified and he is an excellent actor!

Here to see Goggins leave Six. But can’t wait to see the new L.A. Confidential he will own his new role!!!

OMG! I hope what could be a trainwreck of a show doesn’t happen. A second attempt should tell them something. LA Confidential is my favourite movie of ALL time and for me, is a modern-day Citizen Kane. (Please do not pick faults about the comparison).

Hmmmm … this will only work if it’s a true adaptation of the novel, which was more complex and serpentine than the 1997 movie, which, by the way, is a constant in my top 10 list. The move was superb and if this is just another remake (rather than a reboot), then it’s pointless.

WOW they really want to erase Spacey from memory…

Uh, none of the original movie cast is in this TV version. This has nothing to do with erasing Spacey at all.

Also, this is the second attempt at a tv series. There was a pilot with Keifer Sutherland as Vincennes in the late 90’s.

Love LA Confidential, love the idea of Walton Goggins as Jack Vincennes! I hope this happens!