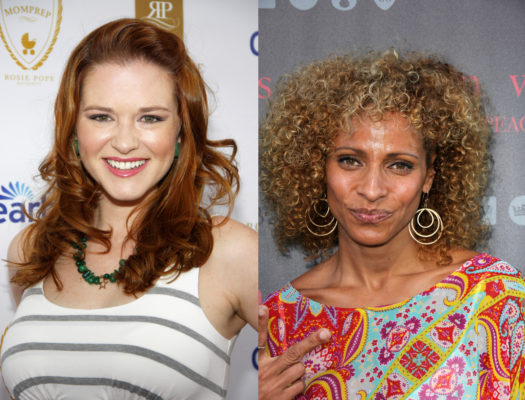 CBS has found their new Cagney and Lacey. According to The Hollywood Reporter, Sarah Drew and Michelle Hurd will star in the network’s series reboot pilot.

Based on the hit 1980s TV show, the action drama “centers on two female police detectives and friends who keep the streets of Los Angeles safe.” The original series starred Tyne Daly and Sharon Gless and ran on CBS from 1982 to 1988.

What do you think? Are you a fan of the original Cagney and Lacey?

I love the original Cagney and Lacey and I like how the 2 actresses look and interact with each other. This
C & L reboot? These 2 new actresses are not appealing to me.

Loved Cagney and Lacy and it will be hard to get used to new actresses, but I like the two new actresses as well so I will definitely give it a chance.

No disrespect to the actors but they are not the right people to fill such iconic roles.

This is one reboot that should have been left at the idea stage.

I’ll watch this show; at least I’ll give it a try. I loved the original

I can’t wait . I hope it is as good as the original.