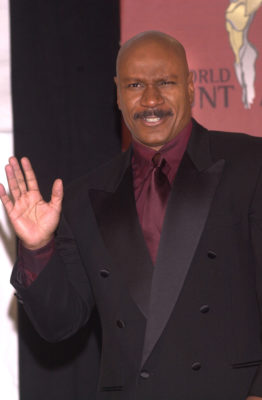 Based on the hit 1980s TV show, the action drama “centers on two female police detectives and friends who keep the streets of Los Angeles safe.” The original series starred Tyne Daly and Sharon Gless and ran on CBS from 1982 to 1988.

On the CBS reboot pilot, Rhames will be playing ” Capt. Stark, the LAPD Homicide Coordinator who is unflappable and a leader who inspires loyalty in everyone around him.” He joins fellow cast members Sarah Drew and Michelle Hurd, who will play Cagney and Lacey, respectively.

What do you think? Are you a fan of the original Cagney and Lacey series? Would you watch the CBS series?

This is a show that does not need a reboot and can only be poorer for it.

Originality seems lost to some producers.

By all means make a female cop duo show but make it something new.

Another good show that some dummy are trying to copy… sorry guys it sucks. Get some people with talent and a brain and come up with something new ..never seen such a bunch of dumb lazy people

I’m glad to see he is working. There are too many reboots.

I enjoyed the original and looking forward to the reboot. I’m a fan of Ving Rhames so I’m sure I will enjoy the reboot