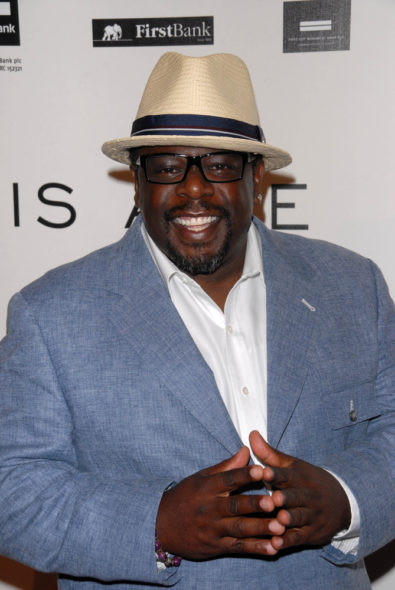 Sometimes, you just want to be entertained. The Tiffany Network knows this, and they’ve got just the man for the job. CBS has ordered the Welcome to the Neighborhood TV show, starring Cedric The Entertainer, with a start date TBD. The actor and comedian, who can also be seen in Tracy Morgan’s new TBS comedy, The Last OG, will also executive produce with writer Jim Reynolds, late of the cancelled TV series 9JKL.

A CBS multi-camera sitcom, Welcome to the Neighborhood stars Josh Lawson as “the nicest guy in the Midwest.” He and his family move to a tough Los Angeles neighborhood, right next door to Cedric’s character, Calvin. The comedy also stars Sheaun McKinney, Tichina Arnold, Dreama Walker, Marcel Spears, and Hank Greenspan.

Learn more about the upcoming Welcome to the Neighborhood TV series from this CBS announcement excerpt.

CBS Television Network has confirmed the following comedy projects have been ordered to Series for the 2018-19 season.

Featuring Cedric The Entertainer, Josh Lawson, Sheaun McKinney, Tichina Arnold, Dreama Walker, Marcel Spears, and Hank Greenspan, Welcome To The Neighborhood is about the nicest guy in the Midwest who moves his family into a tough neighborhood in L.A. where not everyone appreciates his extreme neighborliness.

What do you think? How do you like the sound of the Welcome to the Neighborhood TV series? Do you plan to check it out when it debuts on CBS?

Very excited to see “the neighborhood” is being renewed for a third season..Can’t get enough..

It wouldn’t be ok if it was a black family moving into an all white neighborhood. Pretty shocked this is ok for TV but then again I’m not. Racism at it’s best it’s just ok because it’s black on white racism. Nice work me wayans

Actually the show is based on the creator Jim Reynolds when him and his family moved into a black neighborhood in Pasadena..And his experience..I don’t find it racial at all..but we do all see things differently