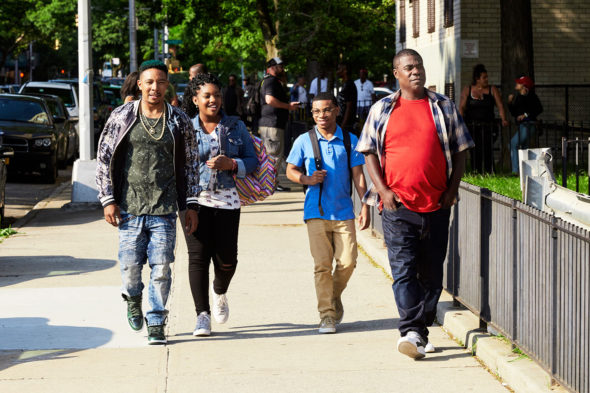 The world has changed a lot since Tray was incarcerated. Thanks to smartphones, the Internet is now ubiquitous. Even more shocking — his beloved Brooklyn is gentrified. Still, he’s determined to keep his nose out of trouble, make a positive difference in the world, and be a good father to the teenaged children he never knew he had.

Series Finale:
Episode #40 — The Payback
Tray excitedly prepares for his kids’ graduation but is interrupted by an illicit request from Percy; after Tray helps a student out of a jam, Veesy begins to see Tray in a new light; Shahzad stresses over having to give a graduation speech.
First aired: December 21, 2021.

What do you think? Do you like The Last OG TV series? Should this TV show have been cancelled or renewed for a fifth season on TBS?

If they, TBS, would let the public know the show’s schedule, more people would watch. People didn’t know the series was back on. Poor advertising by TBS.

The cliffhanger! THE CLIFFHANGERS! I can’t wait for the show to come back.!!! Thank you for this. Stay safe, come back soon.!!

good show hope it comes back

Waiting for the return. Just rewatched the first 3 seasons