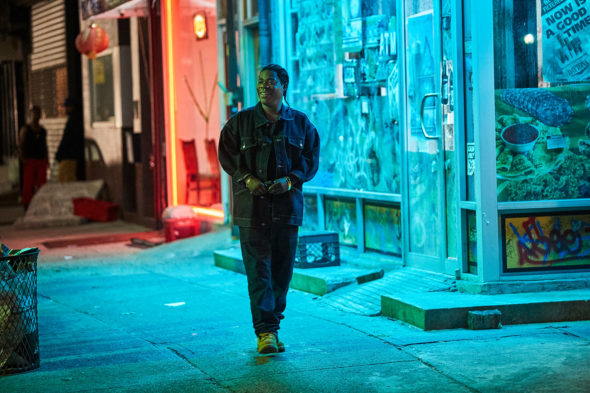 How well does Tray adapt to life on the outside, during the first season of The Last OG TV show on TBS? As we all know, the Nielsen ratings typically play a big role in determining whether a TV show like The Last OG is cancelled or renewed for season two. Unfortunately, most of us do not live in Nielsen households. Because many viewers feel frustration when their viewing habits and opinions aren’t considered, we’d like to offer you the chance to rate all of The Last OG season one episodes, below.

A TBS sitcom from creators Jordan Peele and John Carcieri, The Last OG stars Tracy Morgan, Tiffany Haddish, Cedric the Entertainer, Allen Maldonado, Ryan Gaul, Taylor Mosby, Dante Hoagland, Joel Marsh Garland, Gino Vento, Derek Gaines, and Daniel J. Watts. The comedy centers on Tray (Morgan), who is released from prison after 15 years. Finally a free man, Tray returns to Brooklyn, only to find it gentrified. Meanwhile, his old love, Shay (Haddish), has married a white guy. What’s worse — she and Josh (Gaul) are raising the teenaged twins (Mosby and Hoagland), Tray never even knew about. Now he’s got to try to make the most of his second chance and learn to be a father, when it seems everything he knew is gone.

What do you think? Which season one episodes of The Last OG TV series do you rate as wonderful, terrible, or somewhere between? Should TBS cancel or renew The Last OG for a second season? Don’t forget to vote, and share your thoughts, below.