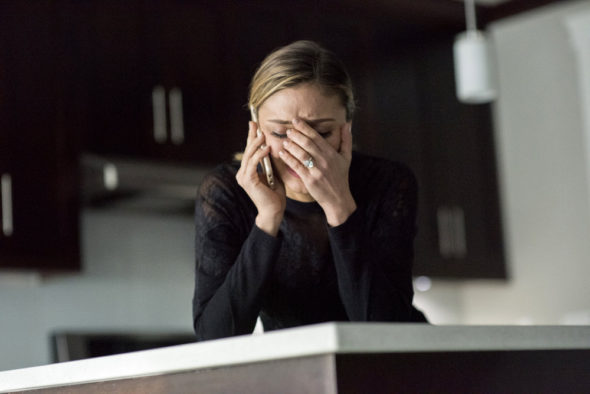 An E! Entertainment love story, The Arrangement stars Josh Henderson, Christine Evangelista, Michael Vartan, Lexa Doig, Carra Patterson, Autum Reeser, Katharine Isabelle, Courtney Paige, and Jacob Artist. The drama follows struggling actress Megan Morrison (Evangelista) who enters into a relationship contract with superstar Kyle West (Henderson), a devotee of the Institute of the Higher Mind (IHM). When Kyle and Megan actually fall for each other, it complicates their relationship. Soon, secrets from their past threaten their love and their arrangement.

The Arrangement: A Look at the Ratings

The second season of The Arrangement averaged a 0.19 rating in the 18-49 demographic with 420,000 viewers. Compared to season one, it was down by 38% and 37%, respectively. Find out how The Arrangement stacks up against other scripted E! TV shows.

“Over two seasons, E!’s scripted series The Arrangement has taken viewers inside the world of an A-list movie star filled with secrets, scandal and romance,” a E! spokesperson said in a statement to Deadline. “While we have decided not to move forward with the series, we are incredibly grateful to the cast and our production partners.”

The Arrangement was one of two original scripted series on E! along with The Royals, whose fourth season aired alongside The Arrangement. The fate of that series, whose creator-showrunner Mark Schwahn was fired in December amid sexual harassment allegations, has not been decided.

What do you think? Did you watch The Arrangement TV series? If it were up to you, would E! have cancelled or renewed this TV show for season five? Sound off, in the comments.

Would love to see series 3
Cant leave it at series 2. Especially how it ended

Sameeee. I’ve been waiting and searching the Internet for two years in hopes with quarantine and everyone watching tv ratings/views would rise. Hoping they advertise. This show was amazing!!!!

It’s so sad that this movie won’t be continuing

Just watched both seasons on Prime and was so sad to find out there is not a third. I don’t know if any of the show’s main characters or writers will read this, but know this fan thought it was great writing, fun and sexy story that paralleled so much of what we hear is going on in La-la Land and some of the best tv acting I have seen in a long time. Well done. Cancelling this series was a mistake. I am sorry I missed it when it was on TV and I could have added 1 more… Read more »