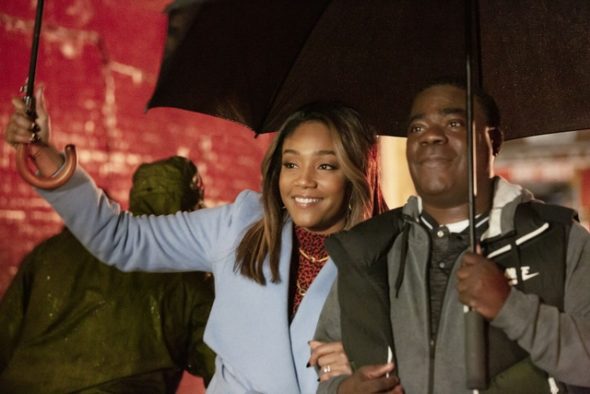 What does the future hold for Tray? Has The Last OG TV show been cancelled or renewed for a fourth season on TBS? The television vulture is watching all the latest cancellation and renewal news, so this page is the place to track the status of The Last OG, season four. Bookmark it, or subscribe for the latest updates. Remember, the television vulture is watching your shows. Are you?

The third season of The Last OG averaged a 0.24 rating in the 18-49 demographic and 734,000 viewers. Compared to season two, that’s down by 26% in the demo and down by 16% in viewership. Find out how The Last OG stacks up against other TBS TV shows.

Will TBS cancel or renew The Last OG for season four? Many of TBS’ original comedy series have either been cancelled or moved to other outlets so, this channel doesn’t have many left. The Last OG has done well in the ratings in the past but the numbers are lower this season. I think that TBS might continue to trim back its slate of original series and cancel it. This one could go either way. I’ll update this page with breaking developments. Subscribe for free alerts on The Last OG cancellation or renewal news.

What do you think? Are you glad The Last OG TV show has been renewed for a fourth season? How would you feel if TBS cancelled this TV series, instead?

I would love to see a season 4 awesome life show kids can learn from stuff not to do and you can turn your life around just need to get past obstacles. ONE

So love this show. Always have a great message. I will be so upset if it doesn’t come back on.. Please come back!!!

I just saw the season finally of the Last O G I would be very disappointed if it doesn’t come back for a season 4.

I just watched the season finally of The Last O.G. And I Would very disappointed if they don’t come out with season four.

I love the show, and hope they renew for season 4. With this current climate of virus, production companies probably don’t know what they’re going to do moving forward over the next 6 to 12 months or more. It’s been a very unfortunate situation for all.

Guys i love this show….its giving me life lessons in growing up in my stage as a kid

You must bring s4 back please guys ..