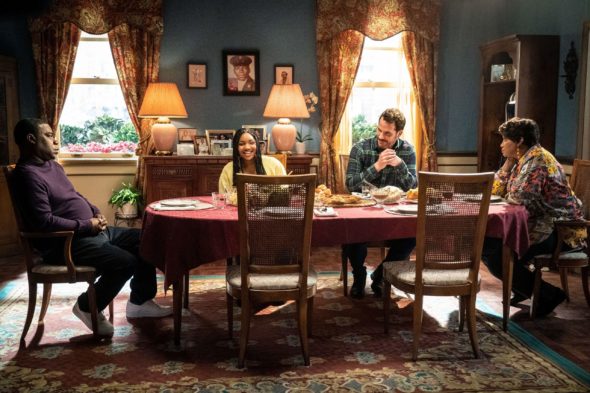 The series follows a man (Morgan) following his release from prison. Season four will revolve around his recovery from a violent attack.

TBS revealed more about the return of the comedy in a press release.

“The fourth season of TBS’ Brooklyn-centric series The Last O.G. starring Tracy Morgan and co-created by Academy Award(R) winner Jordan Peele will premiere on Tuesday, October 26 with back-to-back new episodes starting at 10 pm ET/PT. The additional eight episodes will air on Tuesdays at 10:30 pm ET/PT. “The Last O.G.” has been a perennial Top 10 cable comedy since launch with the most recent season reaching 20 million viewers across TBS’ linear and digital platforms.

Last season’s finale saw Tray (Morgan) fall victim to a violent attack, and season four will follow his personal reawakening – with a fresh perspective on his community, new goals, and a distinct set of challenges. It’s a new day and a new way for Tray, as he tries to adapt to a changing world so he can do some good for the Brooklyn he loves. The fourth season of “The Last O.G.” stars Ryan Gaul, Taylor Mosby, Dante Hoagland, Anna Maria Horsford and Da’Vine Joy Randolph. Guest stars this season include Janet Hubert (“The Fresh Prince of Bel-Air”), Malik Yoba (“First Wives Club”), Wood Harris (“The Wire”) and Gary Dourdan (“CSI: Crime Scene Investigation”).

Check out the video teasing the return of The Last OG below.

What do you think? Are you excited about the return of The Last OG series on TBS?