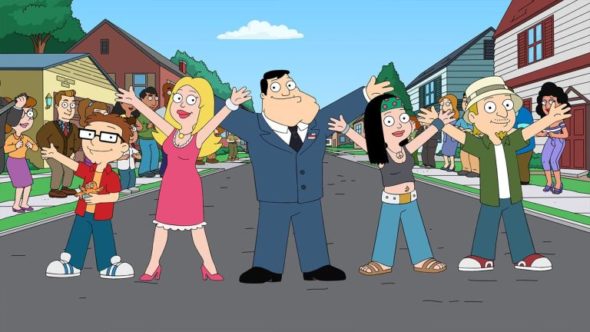 After reaching the 300 episode milestone, American Dad! is coming back for more. TBS has announced the premiere date for season 16 of the animated series with a new teaser. New episodes will arrive in April.

No details about the upcoming season of American Dad! were revealed, but the series has already been renewed through season 17.

American Dad! season 16 premieres on April 19th on TBS. Check out the new teaser for the series below.

What do you think? Are you excited for the return of the American Dad! TV show on TBS? Do you plan to watch season 16 when it lands in April?

Yes, I’m so excited for American Dad seasons 16 & 17, It’s such a Hilarious show!!! Roger & Stan are my favorite characters but the cast all together is so freaking FUNNY!!! Set MacFarlane is a Genius when it comes to animated comedy tv series and This show became so important to me because if it’s loving family message with it’s hilarious antics it’s so out of the norm & I love it!!! Plz keep we’re knowing the show for many more years to come!!!