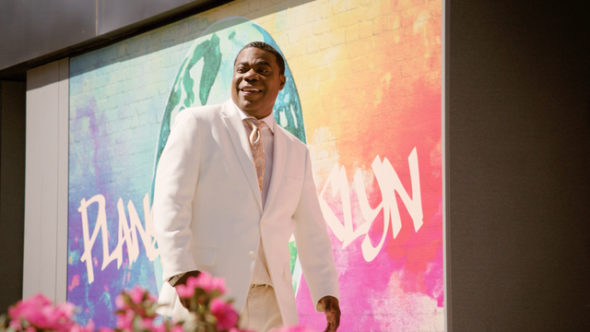 Tray won’t be back for a fifth season. TBS has cancelled The Last OG TV show. The fourth season finished airing in December.

A comedy series, The Last OG stars Tracy Morgan, Ryan Gaul, Taylor Mosby, Dante Hoagland, Anna Maria Horsford, and Da’Vine Joy Randolph. Guest stars in season four include Janet Hubert, Malik Yoba, Wood Harris, and Gary Dourdan. The comedy centers on Tray (Morgan), who is released from prison after 15 years. Back in a now-gentrified Brooklyn, he finds his old love, Shay (Haddish), has married a white guy. What’s worse — she and Josh (Gaul) are raising the teenage twins (Mosby and Hoagland), which Tray never even knew about. In the fourth season, Tray recovers from a violent attack and has a personal reawakening — with a fresh perspective on his community, new goals, and a distinct set of challenges. It’s a new day and a new way for Tray, as he tries to adapt to a changing world so he can do some good for the Brooklyn he loves.

Airing on Tuesday nights, the fourth season of The Last OG averaged a 0.14 rating in the 18-49 demographic and 496,000 viewers. Compared to season three, that’s down by 43% in the demo and down by 32% in viewership in the live+same day ratings (including DVR playback through 3:00 AM). While these numbers don’t include further delayed or streaming viewing, they are a very good indicator of how a show is performing, especially when compared to others on the same channel.

The decision to cancel the show was made months ago, according to Deadline. The cancellation is not related to the recent decision to pull back on TBS and TNT creating original scripted series following the WarnerMedia-Discovery merger.

Yesterday, it was revealed that TBS’ plans to produce the Kill the Orange-Faced Bear TV series had been cancelled. The fates of existing TBS shows are unknown. Chad was supposed to return for its second season on April 11th but those plans were changed. A new date has yet to be announced. Miracle Workers has been renewed for a fourth season while American Dad! is in the middle of its 17th season (return date unknown) and has been renewed through season 19.

What do you think? Have you been watching The Last OG TV series on TBS? Are you disappointed that it won’t return for season five?

Oh, Wow! I enjoyed the show, but didn’t keep up mostly with it through the last 2 years. It would be great if they could finish what they started someplace else, but with all this streaming stuff with Netflix and market of streaming changes right now that may be less likely.

The Last OG gave me something to watch. Now I suppose I just give up TBS.

Can someone explain what happened with TBS and why they’re dropping shows? I read there was a merger with Warner brothers and discovery but why does that mean TBS ahs to cancel their series ? Especially since Warner brothers makes and produces many series themself?

IT LOSS IT CHARM AFTER SEASON 2 WONT MISS IT