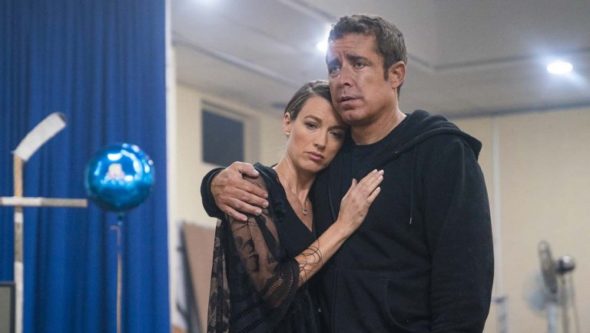 For fans of The Detour TV show, it seems that TBS has taken a wrong turn. The cable channel has cancelled the family comedy series after four seasons. The August 20th installment will serve as a defacto series finale — at least for the time being.

Airing on TBS, The Detour stars Jason Jones, Natalie Zea, Ashley Gerasimovich, Liam Carroll, and Daniella Pineda. In the fourth season of the road trip comedy, the Parker family embarks on world-wide search for their runaway teen daughter, Delilah, which spans from Tibet to Paraguay.

TBS has cancelled several of its original comedy series in the past year and The Detour joins Wrecked, People of Earth, and Angie Tribeca in the television graveyard. The channel does have some returning comedies, however. They include American Dad!, The Last OG, Miracle Workers, and Search Party. Animated comedy Final Space was renewed for a second season but moved to Adult Swim (where it’s been doing better in the ratings). The fate of The Guest Book is still up in the air.

Though it’s been cancelled by TBS, there is a chance that The Detour could continue elsewhere. There’s been talk that the series, created by series star Jason Jones and Samantha Bee (host of TBS’ Full Frontal with Samantha Bee), could move to HBO Max. WarnerMedia’s forthcoming streaming service is overseen by Kevin Reilly, the head of TBS and TNT.

What do you think? Did you like The Detour TV show? Should it have been cancelled? Would you watch a fifth season of this comedy on another outlet?

Too bad TBS didn’t know how to promote the show. Someone with better Marketing should pick it up, and run with it.

They always get rid of the good shows. Just when I get into looking forward to the next season, they cancel it and replace it with some reality garbage. And then you’re going to cancel after a season finally like that. WTH. If you cant get HBO to pick it up, maybe you can talk hulu into it. After all that’s where I’ve been watching it anyway.

Bring back The Detour

The show was very funny & I am sorry it was cancelled