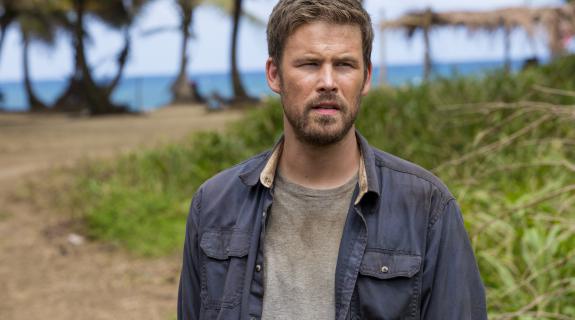 It doesn’t sound like the castaways on the Wrecked TV show are going to be getting home anytime soon. One of the show’s stars has shared that TBS has cancelled the series and there won’t be a fourth season.

A single-camera comedy on TBS, Wrecked stars Zach Cregger, Ally Maki, Asif Ali, Brian Sacca, Brooke Dillman, Jessica Lowe, Rhys Darby, and Will Greenberg. Guest stars include Rob Corddry, Eugene Cordero, Jonno Roberts, Karan Soni, Rachel House, Robert Baker, and Will Hines. The TBS satirical comedy follows a diverse group of strangers who are stranded on a deserted island after a plane crash. In season three, the castaways found themselves shipwrecked on a mysterious billionaire’s private island. They’re forced to hunt each other to the death in a basic-cable battle royale.

The third season of Wrecked averaged a 0.32 rating in the 18-49 demographic and 846,000 viewers. Compared to season two, that was down by 19% and down by 16%, respectively. Compared to the other TBS original series, Wrecked was in the middle-of-the-pack ratings-wise.

Cregger, responding to a follower on Twitter, shared that the show wouldn’t be coming back.

Sad to say that won’t be happening

What do you think? Did you enjoy the Wrecked TV show? Do you think that it should have been cancelled or renewed for a fourth season?

Such a shame that this show was canceled. Great cast, well written, a laugh out loud prime time show. Very disappointing that they would cancel this amazing show.

This show was SO funny ! I’m so disappointed it is not continuing This ensemble is so great together, I think this premise would even be funny if they all got home

BRING US WHAT WE ALL WANT! MORE WRECKED! WHY WOULD YOU CANCEL SUCH AN AMAZING ENTERTAINING SHOW?

I loved this show! Networks just feed the sheep. There is no place for weird and funny any more.

I hate it that every time a good show comes up it gets canceled with out a proper ending. The Canadian comedy Chanel sucks! All they show is BigBang . Even Angie Tribeca was canceled.
Seriously bring back Wrecked was a good spoof on Lost .

This really sucks! My husband and I love watching it. It was so dam funny. Seems like every time I enjoy a tv show it gets cancelled. Will miss watching.

The wife and I would wake up the children from laughing so hard. Sucks no season 4. Thanks for the laughs.

Wrecked is the BEST show. Hilarious and a breath of fresh air in this “reality TV” world. So sad it was cancelled.

I absolutely loved the show! I am so saddened to hear this. Wish they would revive it.

The show was hilarious and also compelling to watch, I really wish they would not have cancelled it I know allot of people that loved to watch it and now it ever on a cliffhanger that will never be resolved looking at all the other shows on TBS I’m sad that this was one compared to the others that could have been cancelled

I was hooked from day 1 and looked forward to it every summer. The diverse personalities of the characters, along with genius humor, satire, and sarcasm was so refreshing. I laughed out loud at EVERY episode – even when I watched them more than once. When describing it, I tell friends it’s a cross between Gilligan’s Island, Lost, and The Office. So sad to see it go. I was truly hoping it would be more than a summer show and make it into the fall/winter seasons. Hoping it comes back…..