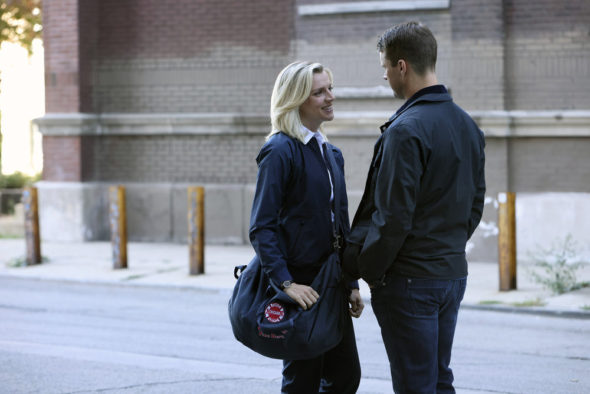 Per Deadline, Jesse Spencer will return as Matt Casey. In October, series regular Spencer departed the drama, but his character will return to be Severide’s best man with Sylvie Brett (Kilmer) returning from her extended visit to Oregon with him. The pair will have to decide how to deal with their relationship and their potential future together.

“The juicy details are that we went to him and said, ‘You’re so loved on this show. And with the Severide wedding coming up, there’s no way Casey would miss seeing his best friend getting married. Come on, man!’ So, he graciously agreed to come back for the finale.”

“Cruz is not happy, of course. Severide was his best man when Cruz got married and now he’s been relegated to second-best man. That’s going to be fun.”

The Chicago Fire season 10 finale will air on May 25th.

What do you think? Are you excited to see Spencer back on Chicago Fire? Do you wish he would return to the series full time?

We wish Casey would come back to stay. At least we’ll have him for this episode. Maybe he’ll return?