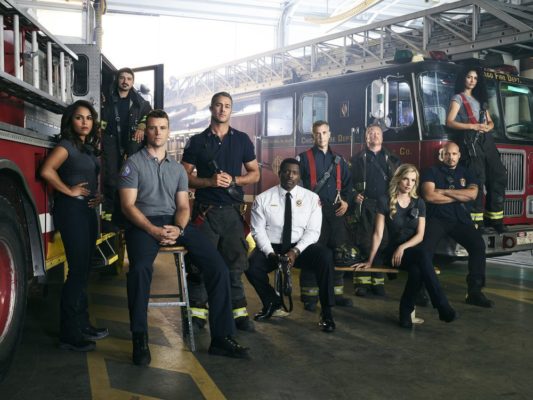 According to Deadline, Chicago Fire‘s main cast members (Jesse Spencer, Taylor Kinney, Monica Raymund, Eamonn Walker, and David Eigenberg) only have contracts through the end of season six. Per reports, Spencer and Kinney have signed on for season seven but it’s currently unclear if the remaining three stars will return.

The season six finale of Chicago Fire premieres on NBC tonight, May 10th, at 9 p.m. ET/PT.

What do you think? Do you watch Chicago Fire? Would you watch season seven without three of the original five cast members?

Yes I would watch

My household (including 1 of our 2 cats) watches the show faithfully, yes we will still watch.

I Love Chicago Fire, it would not be the same that’s for sure but I would still watch

Yes I’d watch. New characters can add to the show.

No I wouldn’t watch!

Three undecided should return for season 7

No I would not watch. The reason I watch is the characters of Matt and gabby. I love the chemistry. They are the only reason I watch and have bought all seasons on dvd!

It is really questionable if three of the original five were gone whether or not I would watch. Six years of chemistry would be too much to break up.