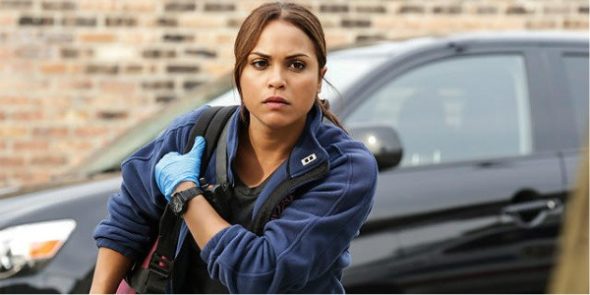 As predicted, Chicago Fire is losing a team member. Deadline reports Monica Raymund will not be returning for season seven of the NBC TV show.

Earlier, we reported that the main cast of Chicago Fire only had contracts through season six and it was unclear who would return for season seven. Now, it looks like Raymund will not be one of them. On Twitter, the star said it’s time for her to move on from the NBC series:

What do you think? Do you watch Chicago Fire? Are you said Raymund’s leaving?

Really liked Monica. She is an excellent actress. Love the show, and will miss her. Good Luck Always!

Chicago fire is one of my favorite show so are the others Chicago shows haven t miss an episode on any of them, sorry to see her go or any other person On the shows. good luck to her whatever she does

NOOOOO PLZ gabby makes show omg that’s so so sad I’ve watched show since day one.
I mean you and Casey makes a great couple on show .just not ,not going be same show. At all your a Big impact watch ratings will go dn for sure. I really wish you would reconsider. !!!!!