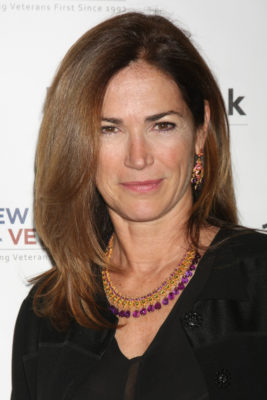 What do you think? Do you watch Chicago Fire? Are you excited to see Severide’s mom?

I do love this show and I’m very excited for Kelly’s mother to be making an appearance, I loved her in Army Wives, that was an awesome show…

INTERESTING? Love Delaney, really curious as to comes about! Love the show!

I don’t like the idea of Kim Delaney joining the show, especially as Severide’s mom. If his mom is suddenly in the picture, it makes one wonder where she has been for five years.

I agree with Elle that the show is focussing too much on personal drama.

The show shouldn’t be called Chicago Fire anymore. There are barely any actual cases …. just personal drama. It’s becoming such a bore.

Jenny from All My Children is going to play Severide’s MOM? Seriously? She could be his girlfriend (cougar, of course, but still, his MOM?) She’s gorgeous. I hope she’s good in the show and I also hope they have her and Treat Williams do scenes together. I agree that we need more action and less Gabby drama (though I love Gabby). This is one of my favorite shows, they could cast just about anyone and I’d be okay with it. 🙂

That will be weird. Severide’s mom !!!

Maybe they have fires visit the show once in awhile. Instead they have super Gabby off doing things she shouldn’t be doing.

We like Chicago Fire,but they need fresh ideas,and a few new faces.It would be so nice to see Gabby with a child.
Please renew

could they fin a better picture?

She doesn’t look old enough to be Severide’s mother. Love the show.